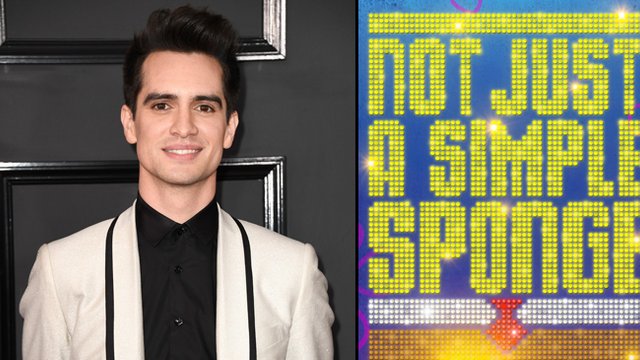 The Panic! At The Disco frontman is among a huge variety of artists contributing to the project which debuts in New York this December.

Brendon Urie's contribution to the upcoming Broadway musical of Spongebob Squarepants has been released in full online - and it's pretty damn great!

Entitled 'Just A Simple Sponge', the song is taken from Spongebob Squarepants - The New Musical which had an 'out of town' run in Chicago last summer and is set to open at the Palace Theatre in NYC this December.

The score features a variety of other popstar contributions including songs by Aerosmith, The Flaming Lips, John Legend and the late David Bowie.

Check out the full version of 'Just A Simple Sponge' here via Entertainment Weekly and get the full cast recording from September 22nd.

Plus, one clever fan recorded a live version performed by Ethan Slater during the Chicago run which you can hear below:

Brendon has, of course, had a very theatrical year so far having just wrapped up a summer run in the Broadway production of Kinky Boots to great acclaim and HUGE box office receipts.

Brendon gave us a preview of the track when we caught up with him backstage in London last year, click below to hear him deliver a version of it exclusively for PopBuzz: