WATCH: Brendon Urie Pays Tribute To Fans Who Passed Away In Tragic Accident 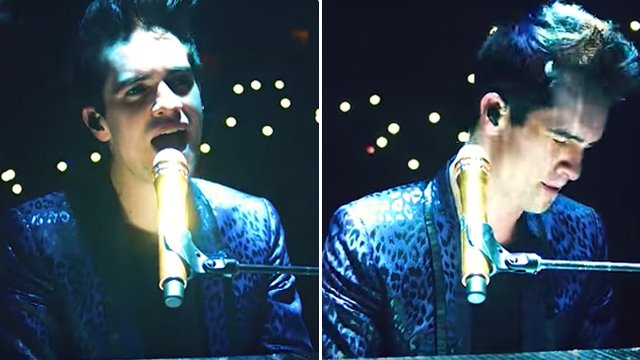 After two young fans were involved in a car crash after a Panic! show, Brendon took a moment to pay tribute on stage.

Panic! At The Disco's Brendon Urie gave an emotional performance of 'This Is Gospel' at a recent concert, dedicating the song to two young fans who had sadly passed away recently.

KWCH reports that 20 year old Laura Ratley and 21 year old Becky Fulcher were returning home from a Panic! concert in Tulsa on April 4th when their van veered off road, crashing into a semi-truck parked off the highway.

Both girls were regular concert goers and huge fans of the band, Laura's father Bob commenting "That Panic! At the Disco, I know when she passed, she had the time of her life last night".

When Brendon heard the news, he decided to dedicate his solo piano performance of 'This Is Gospel' to Laura and Becky.

Watch Brendon's performance and speech in the video below: