Dallon Weekes Is Leaving Panic! At The Disco 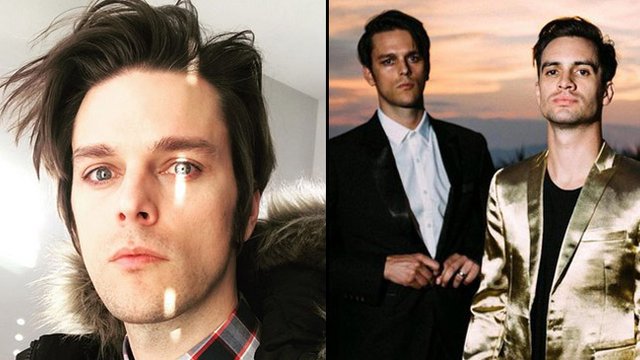 The touring member announced his departure in a message to fans on social media earlier today (December 27th).

Dallon Weekes, longtime touring bassist with Panic! At The Disco, has announced that he is leaving the band's lineup.

Weekes posted a message to his fans on Instagram today (Dec 27th) revealing the move and thanking them for all their support over his last eight years in the band. Dallon appears to be moving on in order to focus more time on his musical project I Don't Know How But They Found Me in which he performs with drummer Ryan Seaman.

Dallon joined Panic! back in 2009 and became a full-time member of the group in 2010, performing on the group's fourth album Too Weird To Live, Too Rare To Die. He returned to being a touring member in 2015, playing with the band on the road during their recent Death Of A Bachelor tour.

For the last eight years I've had the incredible opportunity to perform in Panic! At The Disco. While I’m sad to announce that my time with Panic! has come to an end, I’m excited to continue making music with my new project ‘I Don’t Know How But They Found Me’ @idkhow . I’m grateful for the chance I’ve had to be part of Panic! At The Disco for nearly a decade. I will always consider myself indebted to those who made me feel welcome to be a part of P!ATD. You changed my life. Thank you all.