This Club Is Gonna Play The Entire First Panic! Album & Fans Are Freaking Out 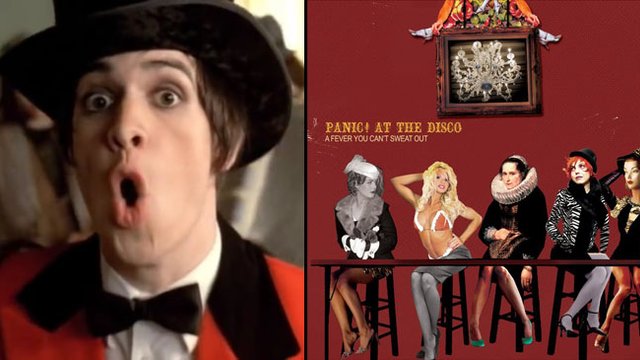 The geniuses at Emo Disco have just found the perfect way to make your night out go next level.

What's your idea of the perfect club night? All your mates around you? Two blue WKDs for £4? 'Mr Brightside' blaring out of the speakers at the end of the night?

Well, while all of the above is obviously appealing, none of them quite top the key feature of the latest night to be announced by the mighty Emo Disco who will be spending the evening of October 13th playing Panic! At The Disco's debut album A Fever You Can't Sweat Out in FULL!

Oh yeah, shove that in your circus hat and smoke it!

Taking place at the Star and Garter in Manchester, the dancefloor is set to be swamped to the likes of 'Time To Dance', 'I Write Sins...' and 'Camisado' as they celebrate this seminal emo classic.

The fans certainly seem excited by the idea:

you better believe my emo ass will be representing at this with full 2005 eyeliner ready to cry about panic at the disco https://t.co/FSDpZ9PNHH

And judging by this footage of a previous FOB-loving evening, we reckon it is gonna be seriously LIT!

Sing it louder for the people at the back.

Tickets are only £5 and available here. We suggest you hurry as they will sell out fast.