You’ve Been Singing Panic!'s "I Write Sins” Wrong This Whole Time And You Didn’t Even Notice 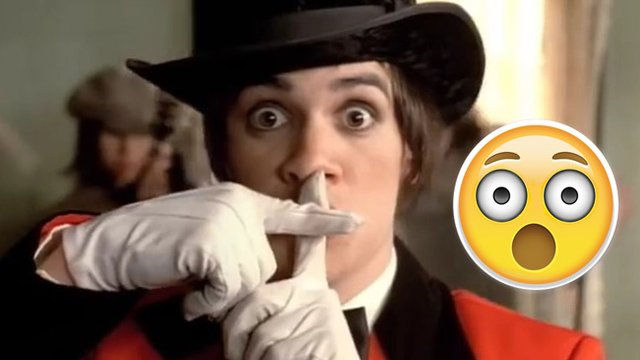 Brendon Urie just left us truly shook with an unexpected reveal about the Panic! classic...

Well we certainly weren't expecting to read this today - apparently we may have all been singing the wrong lyrics to Panic! At The Disco's classic 'I Write Sins Not Tragedies' all this time without even noticing.

It all started when one Twitter user posted a screenshot of the lyric book from A Fever You Can't Sweat Out with a noticeable difference highlighted...

the fact it's always been "a goddamn door" and not "the goddamn door" is REALLY fucking me up right now pic.twitter.com/VU3K1vsgZ3

I know right? Surely it's "closing THE goddamn door"...right?!

Obviously, the fans were freaking out and debating like mad!

We all need a sit down.

But look, as much as we can debate either side of this argument, only one man could truly settle things once and for all. And, luckily for us, a famous friend of his got straight on the case.

. @halsey Hahaha I can't. That's some Berenstein/Berenstain shit right there.

(Don't worry, he soon cleared everything up).

Btw, there is no answer. I've sung "Sins" both ways. Doesn't matter. Trust me, it's all right.

So there ya go. Nobody is wrong. But we're still gonna listen out for which version he uses at every concert from now on just to make sure we know which one is slightly less wrong. Then maybe our eye will stop frantically twitching every time we think about it.

Looks like this is basically an example of the so-called "Mandela Effect" - that thing when everyone believes something that didn't actually happen, named after the people who believed Nelson Mandela died while in prison back in the 1980s when he actually died in 2013. There's loads of examples in pop culture. Like, did you know Darth Vader never says "Luke, I am your father"? True story.

So, anyway now you kno...wait...hang on. What's this we've just spotted?

@Ruhquel the liner notes nothing changed because of time constraints. A good example is in Sins...I've never heard this lyric... pic.twitter.com/Xb9g12Ss8M

Brendon Urie - you sure know how to keep us all on the edge of our seats.