WATCH: Will From "Stranger Things" Joins Panic! On Stage For 'LA Devotee' Duet 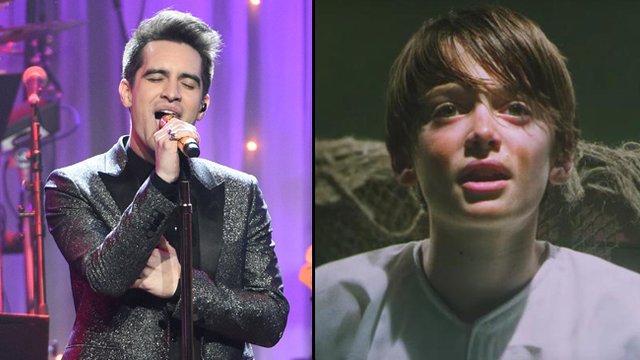 The crowd at Brendon's Madison Square Garden in NYC got an extra special surprise mid-show.

Panic! At The Disco sprung another big surprise on fans at their tour last night (March 2nd), bringing out Stranger Things star Noah Schnapp for a musical cameo.

Noah, who plays Will on the hit Netflix show, famously appeared in the video for single 'LA Devotee' last year, taken from the album Death Of A Bachelor.

So, when the Death Of A Bachelor Tour rolled into New York's legendary Madison Square Garden venue, Brendon decided to surprise fans by recreating the video live on stage.

Hiding under the stage waiting to join @PanicAtTheDisco . I look like I just saw the demogorgon pic cred brendan walter pic.twitter.com/8XGpu004QO

Bless him - guess we'd be nervous too if we were about to sing in front of thousands of screaming Panic! fans.

Watch Noah crash the Panic! show in the clip below: