Panic! At The Disco Just Announced A Mysterious Surprise Show 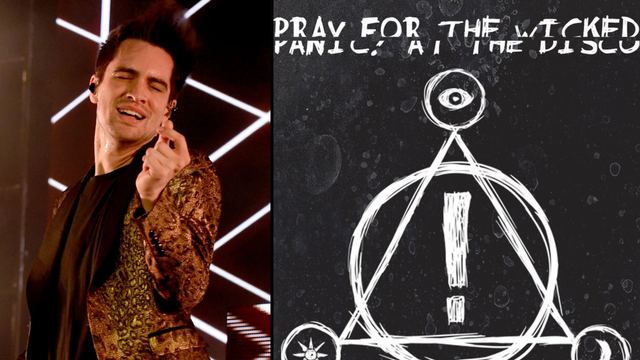 But if you want tickets...there's a catch.

Panic! At The Disco fans are officially on high alert as the release of band's sixth studio album draws nearer. Brendon has been teasing the numbers 3:19 since the start of March and, now, fans have an idea why.

The official Panic! At The Disco twitter account posted this slightly cryptic show announcement and we’re just as excited/perplexed as you are.

“Cleveland, your prayers will be answered tomorrow 3:19 #PrayForTheWicked”.

Anyone lucky enough to get to the Grog Shop in Cleveland, Ohio on March 19 will finally have their prayers answered. The show poster notes that tickets are sold at the door only, you can only have 1 ticket, and there's no queuing up before 3 pm.

Panic fans had an inkling that ‘Pray For The Wicked’ might be the name of the lead single or even the entire album. Some lucky fans even received "pray for the wicked" unholy water in the post along with a hint about the number 3:21.

So far, this promo is mysterious AF and we're living.

The Panic fandom was, of course, SHOOK to the high heavens.

Now is the time to use this gif... pic.twitter.com/rJgxaTDSQr

When you live in Poland starter pack pic.twitter.com/4aAHhNORqT

It sounds like there will be some BIG things going down at this Cleveland show, so keep your ears to the streets. Could we even get a single by tonight? Everyone, stay hydrated, stay vigilant. Pray For The Wicked is coming for us all.