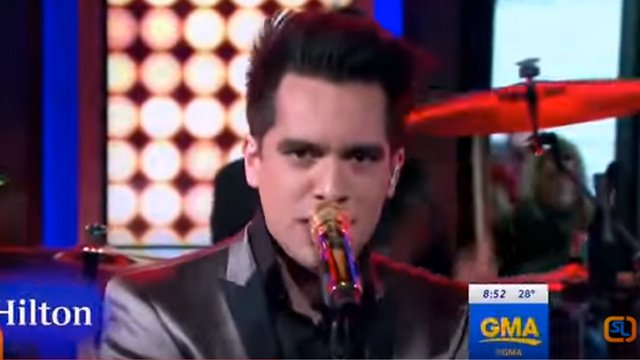 It's a big day for Brendon - Death Of A Bachelor was finally released to the public and, to celebrate, he appeared with several people claiming to also be in the band (lol) to run through HUGE single "Victorious". And, unlike Thanksgiving, they weren't cut off this time! Everybody wins.

Here's the performance in full for your general enjoyment:

Shall we just make Death Of A Bachelor day an annual event?