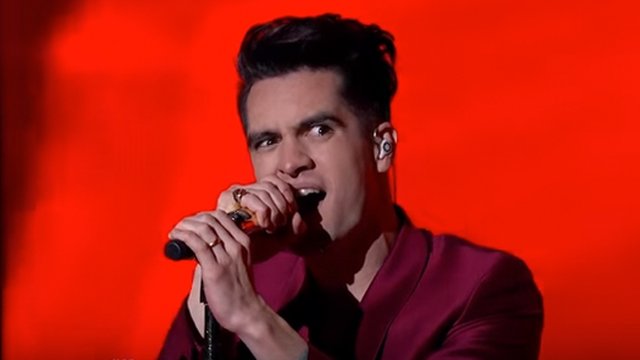 Current holders of the Number One album in America, Panic! At The Disco stopped by one of the many late night shows hosted by a white man named Jimmy last night to run through the celebratory and appropriately titled single "Victorious". 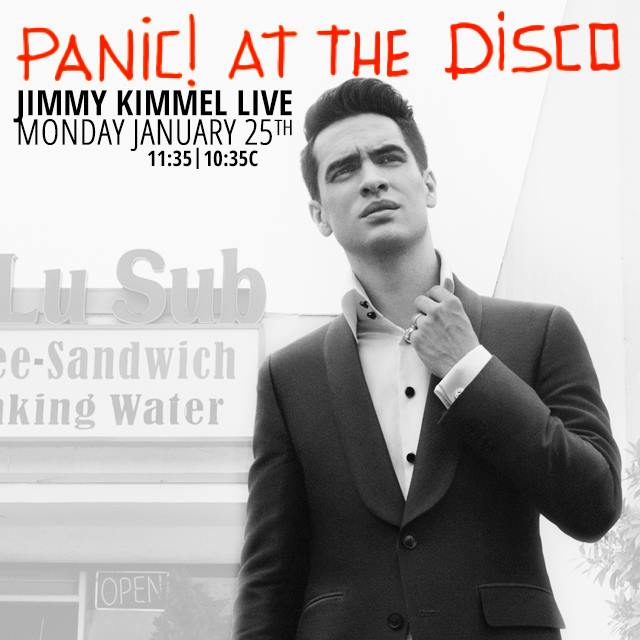 Brendon's good friend, mentor and future drunk historian Pete Wentz was also in attendance at the LA taping, presenting him with this rather lovely looking Death Of A Bachelor cake.

Here's the full 3m 18s affair for your viewing pleasure. 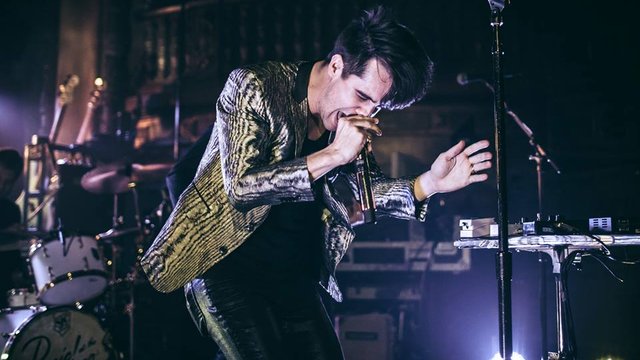 Panic! At Number One: How Team Internet Made DOAB Top The Charts