Panic! Need A New Music Video Director And They Want You! 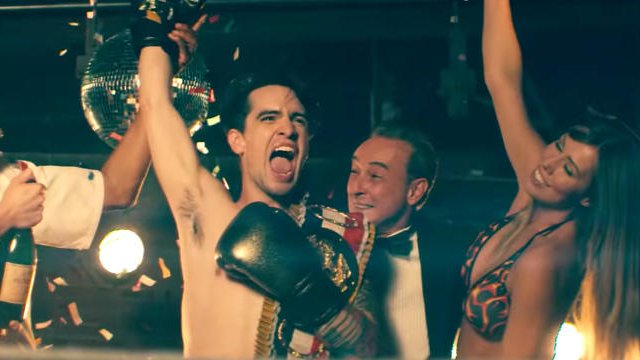 Could you be in charge of Brendon's next video clip?

Are you in high school? Do you LOVE Panic! At The Disco? Think you could make your very own music video?

Well, if you answered yes to at least two of those questions, you could be in luck as Panic! have just announced a brand new competition looking for a new video for "Victorious".

The band have teamed up with Music Choice and the American High School Film Festival for the contest, the winner getting their video broadcast on Music Choice and given the chance to direct an episode of Behind The Lines for Music Choice. Other notable entrants will also get their videos shown in the AMC movie theaters in Times Square NYC in October.

Oh, and the contest is open to anyone of high school age, anywhere in the world. Exciting right?

Here's what Beebo himself had to say about it:

As my fans know, I love to interact with them—whether it be online or at shows. I can't wait to see the submissions we get from budding creatives around the world to bring the music video for 'Victorious' to life!

So, want to know how to enter? Head over to this address now to get all the details.

Deadline for entries is July 11th so get filming Panic! fans and good luck!