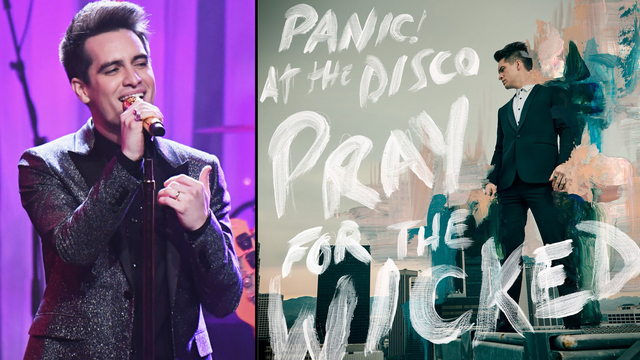 Pray For The Wicked is COMING.

The wait is over. Eager Panic! fans can rejoice. After months of speculation, weeks of numerical easter eggs, and days of cryptic tweets, P!ATD has officially announced a new album, dropped a new video, and blessed us with tour dates, as well.

We guess all that praying paid off. Your burning questions have been answered.

The Pray For The Wicked era is officially underway. Look out for the album coming at you June 22.

So here’s a few more prayers from me and my friends.
I pray you enjoy it.

Brendon
Panic! At The Disco

Oh, did you want a tour date announcement, as well? Here ya go.

Think you’d get an album announcement, but no tour dates? Pssshhh, think again! Come one, come all to the Pray For The Wicked Tour this summer with @Arizona & @HayleyKiyoko https://t.co/gypUMQEF2M pic.twitter.com/hDdh30mdMJ

See you there, Hayley Kiyoko!

General on sale starts Friday, March 30th at 12pm local time. A limited number of Very Important Person packages will be available for all tour dates during the tour pre-sale.

And, last, but certainly not least...wet your whistle with yet ANOTHER song released 3.21.