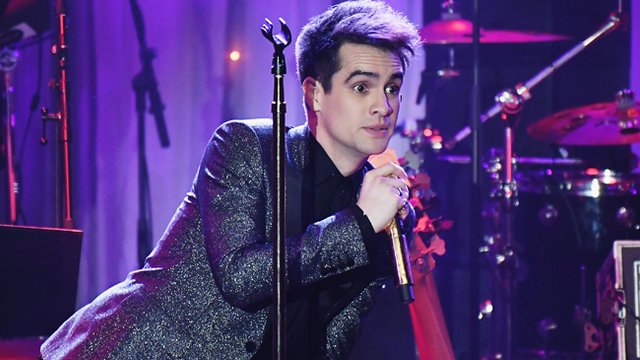 Brendon stops by Seth's NYC studio for a run-through of his swinging smash hit single.

Panic! At The Disco racked up their latest late night TV appearance, stopping by Seth Meyers' show for a performance of 'Death Of A Bachelor'.

Brendon and the boys are currently in New York, getting ready for their sold out show at the legendary Madison Square Garden as part of their huge Death Of A Bachelor Tour across the US.

The album debuted at Number 1 on the US Billboard 200 Chart, selling over 190,000 copies in its first week. It has since been certified platinum and was nominated for Best Rock Album at this year's Grammy Awards.

Check out Panic!'s performance on Late Night With Seth Meyers below: