New Found Glory, Of Mice And Men and more celebrate the festival's 10th birthday in style.

Every pop punk kid and scene queen knows that there is only one appropriate way to spend the final weekend in May - hanging at the UK's biggest pop punk party aka Slam Dunk.

We are on our way to @SlamDunkMusic Stay tuned for updates and interviews through the day! pic.twitter.com/4Ji4Ndo75L

Yes, Slam Dunk has been aggressively rocking the UK into a giant circle pit for 10 years now, and they've certainly come a long way since that first festival back in 2006, headlined by some young relatively unknown upstarts named Fall Out Boy who have since gone on to be "quite successful".

To celebrate the past decade, this year's lineup featured all the biggest bands from the scene, from Panic! At The Disco to New Found Glory, Yellowcard to Of Mice And Men, as well as tons of new bands, packed bars and, of course, pizza.

It wouldn't be a pop punk festival without this! @SlamDunkMusic pic.twitter.com/UzHt21Yy8q

So, what went down at Hatfield Forum at the festival's "South" leg?

Here's a few things we "learned" along the way.

1) Slam Dunk have their own official festival dog and this should now be a fixture of all future fests.

Although, slightly annoyed a dog has better access than we do.

For real tho - serious outfit goals.

3) Issues like to get very close to the camera. 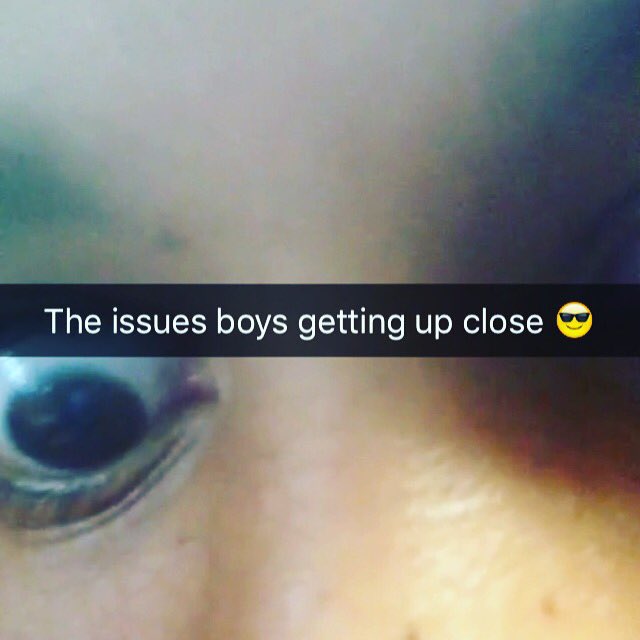 We're pretty sure this was intentional.

Chad would look great with a full rainbow do.

5) You had better be ready to mosh or get out of the way! 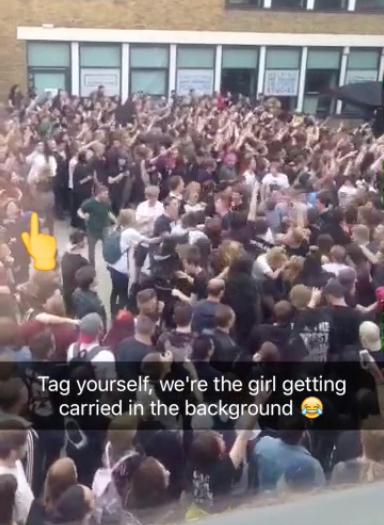 Plenty of room at the back.

6) Everyone you talk to loves Brendon Urie.

He crosses all generations and genders. But you knew that already.

7) Of Mice And Men and Mallory Knox look like they are in a sauna.

Check out Of Mice And Men and Mallory Knox on our Snapchat now backstage @SlamDunkMusic pic.twitter.com/TEUHg8HvtC

Tbf it was steamy as f*ck in that room.

9) If you are nice enough, the promo guys handing out free Desperados beer samples might give you a second one.

Not to us though. We weren't nice enough.

10) Luke from With Confidence has some very pop punk tattoos.

Matches the hair too.

11) Slam Dunk serves up one hell of a chicken curry.

No offence to the many great bands I've seen and interviewed today but my Slam Dunk festival highlight is definitely the curry I just ate.

It really was that good.

We got major Dawson's Creek vibes.

14) The wait for Brendon is excruciating.

Plus they've added "Golden Days" into the set now which is, of course, very exciting. 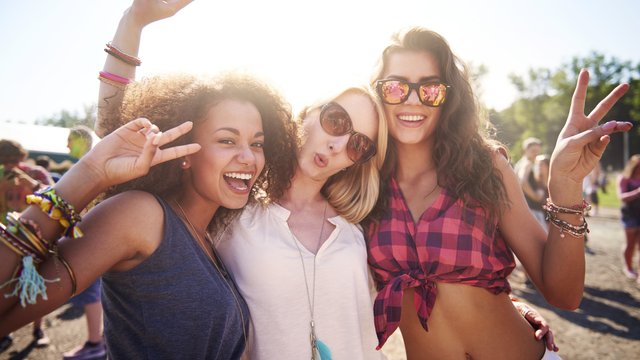