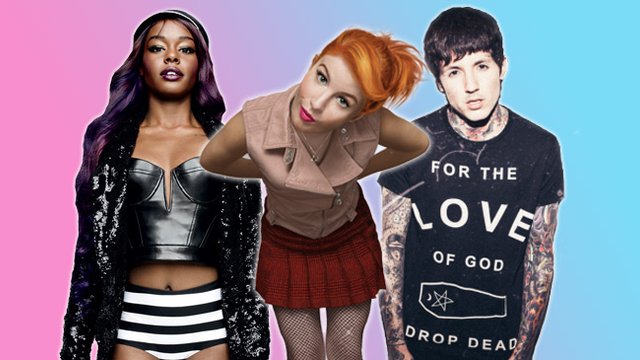 Plus you won't believe what Azealia Banks selects...

NME just published a new issue featuring a list of "50 Albums To Hear Before You Die", with many of our faves asked to pick out their essential records to add to your collection.

It's droney, it's heavy, the guitar tones are outrageous. It's the epitome of '90s alternative rock. I like them mostly because Ken Andrews sounds like he doesn't care - he's just singing things he's passionate about.

They're an indie-synth rock band from Copenhagen. It's really hard to define their sound as there's nothing really comparable, but they make this groovy, nocturnal, lyrically deep music. A director we work with worked on their videos and that's how I stumbled across them. They became my new favourite band.

Other artists featured include Biffy Clyro's Simon Neil, Grimes, Dave Grohl, Joe Jonas and everyone's least favourite tweeter Azealia Banks who made the bold decision to choose her own record as the album you must hear before you die.

Because of course she did.

I jumped over so many hurdles and obstacles to make that album. I fought for it. When I listen to it I hear all the different parts of myself playing together and it reminds we what I can do and what anyone can do if they work for it.

Read the full list in this week's copy of the NME, available now.

Are These REALLY The "Greatest Emo Albums Of All Time"?