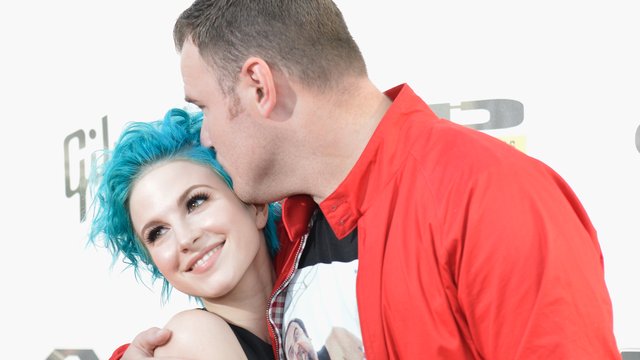 Both the Paramore and New Found Glory fandoms have sent messages on social media after news broke that the couple have parted ways.

Sad news for all pop punk fans broke over the weekend as Hayley Willams and Chad Gilbert announced their separation after a year of marriage and almost a decade spent as a couple.

In a joint statement posted on their respective Instagram pages, the pair thanked their families and friends for their support and stated that they "will continue to encourage and support each other professionally and personally":

Chad proposed to Hayley over Christmas of 2014 and the pair wed in a ceremony in Nashville in February of 2016.

Many in the fandoms of both Paramore and New Found Glory have been quick to offer their support to Hayley and Chad. Here are just a few of the many messages posted to social media:

hayley williams is a wonderful and great woman, she deserves to be happy. we support you, h. pic.twitter.com/8A6FImowlz

The floor is love and appreciation for Hayley Williams pic.twitter.com/3NX3XXdFFU

are you doing alright? I hope you're both okay and do stay friends and continue to watch each other grow. it will be okay.

just saw the ig post. its sad but i am still happy for you guys

Im really sorry, but even more sorry yall had to do this publicly. Wishing you both the best. <3

i love you both

Don't worry, we are all crying too. We can cry together in a big crying hug puddle.

Both Paramore and New Found Glory continue to tour for the rest of 2017 in support of their respective new albums.