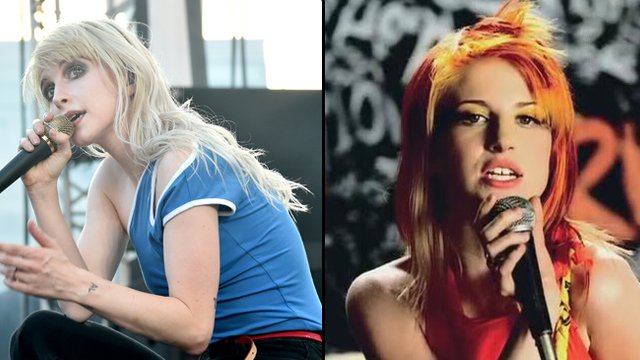 One of the Paramore singer's early lyrics was branded 'anti-feminist' by some fans on social media.

Hayley Williams has commented on the controversy that surrounded some of the lyrics in Paramore's classic single 'Misery Business'.

In recent years, the line in verse 2 'Once a whore, you’re nothing more / I’m sorry, that will never change' has received some backlash on social media, being dubbed 'anti-feminist' by some areas of the fandom.

But, in a new interview with Track Seven, Hayley has clarified the thought behind the line and how her thinking around it has changed over time:

"The thing that annoyed me was that I had already done so much soul-searching about it, years before anyone else had decided there was an issue. When the [backlash started], I sort of had to go and rehash everything in front of everybody. It was important, however, for me to show humility in that moment. I was a 17-year-old kid when I wrote the lyrics in question and if I can somehow exemplify what it means to grow up, get information, and become any shade of 'woke', then that’s a-OK with me. [The lyrics] literally came from a page in my diary. What I couldn’t have known at the time was that I was feeding into a lie that I’d bought into, just like so many other teenagers — and many adults — before me. The whole, 'I’m not like the other girls' thing... this 'cool girl' religion. What even is that? Who are the gatekeepers of 'cool' anyway? Are they all men? Are they women that we’ve put on top of an unreachable pedestal? For whatever reason, I believe I was supposed to have written those backwards words and I was supposed to learn something from them. It’s made me more compassionate toward other women. We’re all just trying our damnedest."

While it must be pretty frustrating to have to answer for something you wrote when you were 17, we're sure fans will appreciate her honesty and openess on the subject.

Paramore are currently on tour in the US in support of their incredible new album After Laughter with rumours abound that they may be returning to the UK early next year. Fingers crossed.