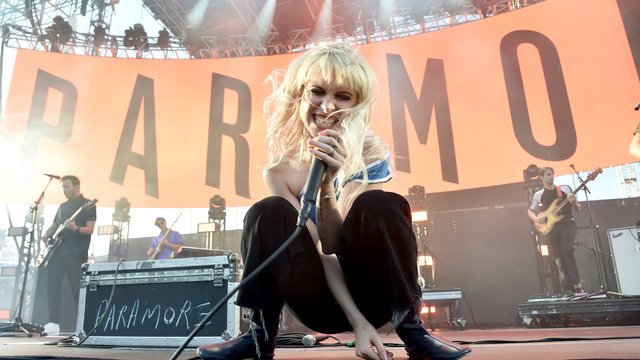 The Paramore frontwoman talks beauty products and self-care in a recent interview.

Paramore's Hayley Williams has opened up in a new interview about her struggles with acne and her interest in the world of skincare.

Hayley was chatting to Racked to promote the new temporary line of Good Dye Young colours that recently launched when the topic of beauty and makeup came up, leading to a conversation on breakouts that we're pretty sure everyone can relate to:

"I began struggling with my skin when I was 20. All through my teenage years, it was fine; I’d even go on camera without makeup some days! But then I went to Japan with the guys, I started to fall in love with makeup — and about two years later, my skin went nuts. Of course, it coincided with [issues within the band]. I started to have random breakouts, and it made me realize that my body was telling me something."

This did however lead to Hayley discovering more natural products and, ultimately, led to the love of beauty products that helped spawn the Good Dye Young brand:

"One of the first natural products I tried was RMS concealer, and at that point I didn’t really know much about organic skincare. It’s coconut oil-based, and I remember thinking, “Why am I putting oil on my oily face?” Plus, that summer, I was on the Warped Tour and sweating every day. But you know what? It held better, and it didn’t exacerbate the problem. So I was like, "Okay, there’s something to this!"...Having acne made me ask questions, so I have a lot of knowledge now that I wouldn’t have otherwise. Some days, I’m actually thankful for the fact that I’ve had trouble with my skin — just not every day."

Hayley is currently on tour across the US with Paramore who recently played a huge hometown show in Nashville. The band will return to the UK in January for several arena dates, including at The O2 in London.

Check out a full range of Hayley's GDY products over on their official website here.