Shawn Mendes has finally spoken out about Billie Eilish not responding to his text messages.

2019 has been an incredible year for Shawn Mendes and Billie Eilish so far. Shawn has broken streaming records with his hit Camila Cabello duet 'Señorita' and Billie has topped charts all around the world with her debut album WHEN WE ALL FALL ASLEEP, WHERE DO WE GO?. However, being a successful musician doesn't make you immune to everyday awkward situations and Shawn found that out the hard way.

READ MORE: Shawn Mendes is being criticised for declining to help a fan come out during a Q&A

Shawn may be one of the biggest stars in the world right now but Billie left him on read.

In an interview with First We Feast in April, Billie was asked who the last famous person she texted was and, while she didn't answer that specific question, she did drop a huge bombshell about Shawn. Billie revealed: "Shawn Mendes texted me but I didn't respond".

Shen then laughed if off. Amazing. Obviously Billie meant no ill intent but imagine being in a position where you can ignore Shawn Mendes' text messages.

The revelation was so funny that fans quickly began making memes out of it and it wasn't long before Shawn caught wind of it. He retweeted the interview clip writing: "Lol WOW." Now Shawn has spoken about the text messages. Seventeen reports that at a recent fan Q&A at his Nashville tour, Shawn was asked if Billie ever texted him back and he said: "She never did". The entire room then laughed.

Only Billie Eilish will leave Shawn Mendes on read 😂 pic.twitter.com/HIIk4t62r3

It's currently unclear exactly why Shawn texted Billie but we imagine that he had a collaboration in mind. He's a massive fan of her. Back in June, he tweeted: "@billieeilish i think you are just really crazy talented and everybody who hasn’t listened to your music is seriously missing out." And Billie does collab with people. Justin Bieber DMing her lead to them releasing a 'bad guy' remix together.

. @billieeilish i think you are just really crazy talented and everybody who hasn’t listened to your music is seriously missing out.

Here's hoping that Billie eventually gets back to Shawn.

What do you think? Would you leave Shawn Mendes on read? 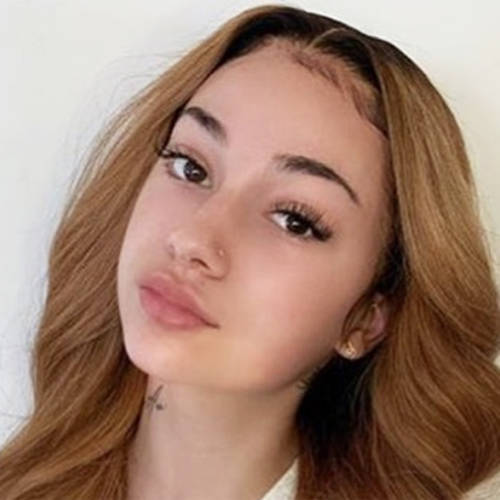 Bhad Bhabie says she wants restraining order against her father