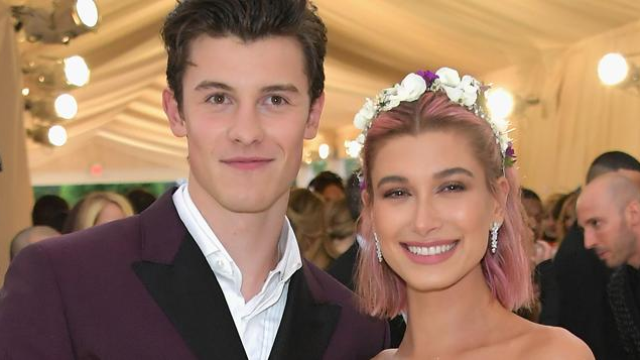 It looks like Shawn has a girlfriend... and it's not you.

Just moments after Cole Sprouse and Lili Reinhart made their relationship red carpet official at this year's Met Gala, it looks like rumoured couple Shawn Mendes and Hailey Baldwin might have done the exact same thing.

The pair, who have been spotted together but haven't officially confirmed their relationship and have previously gone on record saying they were "just friends", arrived at the Met Gala hand in hand on Monday night (May 7) and did the entire red carpet together - in coordinating outfits.

Here they are leaving their hotel earlier this evening...

And here he is helping her up the stairs...

I ship them omg hailey and shawn #metgala pic.twitter.com/i4EU3sjmLZ

And he even fixed her dress for her on the red carpet...

| Shawn and Hailey Baldwin on the #MetGala Red Carpet. Fixing her veil, we love (1) gentleman

WE STAN A GENTLEMAN WHO MATCHES HIS SUIT TO HIS DATES' HAIR!