Shawn Mendes' Twitter Was "Hacked" With A Fake Coming Out Message 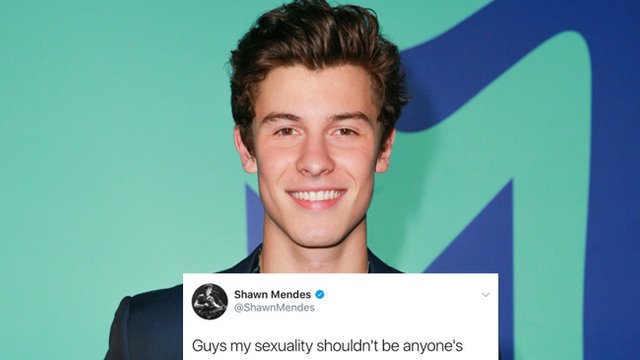 Twitter went into an absolute meltdown yesterday (31 Aug) when it appeared that Shawn Mendes' account was hacked and the hacker sent a tweet regarding Shawn's sexuality. 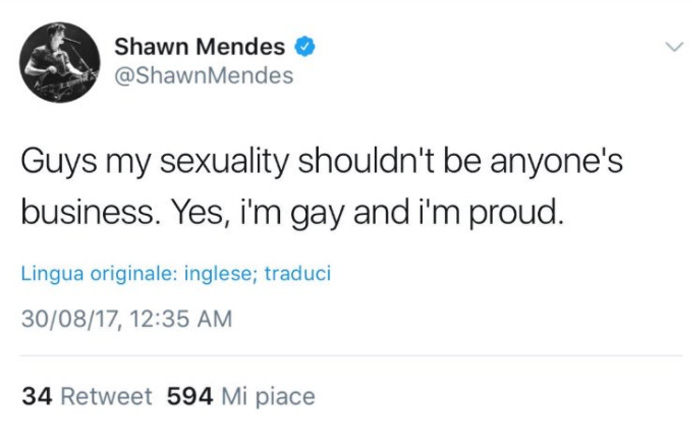 The tweet disappeared almost as quickly as it appeared, and fans soon realised that it was in fact a photoshopped tweet, not a hack. There were, of course, a few people who believed the tweet and expressed their support for Shawn with the #ShawnComingOut hashtag.

for anybody and for any motive we will stop loving you and to listen to your music. you are always the same. #ShawnComingOut

Shawn I'm so proud of you #ShawnComingOut

It's photoshopped lol if it was real it would have 192992 replies and update accs would tweet about it. Some of y'all dumb. #ShawnComingOut pic.twitter.com/7ZaflI2E1q

SHAWN IS AN UNPROBLEMATIC ANGEL AND MAKING FAKE HASHTAGS ABOUT HIS SEXUALITY IS EXACTLY WHAT WE AIN'T GONNA DO #ShawnComingOut pic.twitter.com/520XWTlv49

People are being so mean. Shawn's a singer, so what if he's gay? It shouldn't change anything. #shawncomingout

Why is Shawn's sexuality such a big topic in pop culture?? lmao he makes music and the focus should be on THAT #ShawnComingOut

The internet has been somewhat obsessed with Shawn's sexuality for a long time. In fact, Shawn was forced to make a video addressing the constant rumours.

“I don’t usually do this or bring up problems but I was on YouTube just watching some of my interviews and I was going down the comments and noticed a lot of people were saying I have them a ‘gay vibe’," he said.

“First of all, I’m not gay. Second of all, it shouldn’t make a difference if I was or if I wasn’t. The focus should be on the music and not my sexuality....I’m not frustrated because people were saying that I was gay at all, I have no problem with that cause it wouldn’t make a difference to me. I’m frustrated because in this day and age, people have the audacity to write online that I’m gay as if it were a big thing. That’s all I really have to say about that. I just wish that 1% of people would grow up. I love you guys.”

So there we are then. Case closed. Get back to work. Nothing to see here.