Taylor Swift Got Booed By 'Fans' At Her Best Friend's Wedding 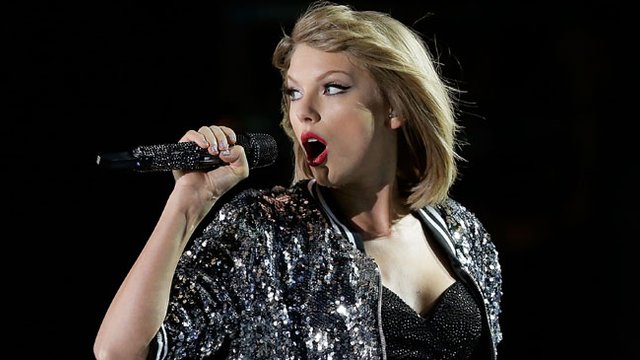 The singer was a bridesmaid at Abigal Anderson's ceremony but some 'fans' who waited to catch a glimpse of her were less than impressed.

Taylor Swift has not had a bad week all things considered with the HUGE success of her comeback single 'Look What You Made Me Do' coinciding with her role as bridesmaid at the wedding of her best friend Abigail Anderson.

NY Mag reports that Abigail married her longtime partner Matt Lucier in the Martha's Vineyard area of Massachusetts this weekend in a ceremony at the Old Whaling Church in Edgartown.

We always knew it would take a Spice Girls song to get me on stage with her.

But one slightly sour moment reportedly occured as the singer was exiting the church service. As a large group of fans gathered outside the venue, waiting for a glimpse of the star, bodyguards held up some black sheets in order to block out any view of her. Realising they weren't going to get an appearance from TayTay, the crowd then began to boo, shouting comments like "Taylor, we thought you loved your fans!" and "Very disappointing, not cool".

Taylor Swift BOOED For Hiding from Fans After Wedding https://t.co/kvOgFDw3nn via @TMZ

Similarly, a Taylor Swift fan account, @swiftsupdates, has been suspended for posting a video of Taylor giving a speech during the reception.

Here's the thing though, while we understand the fans' dissapointment to an extent, this wasn't a public red carpet or a TV appearance - it was her mate's wedding. Maybe you shouldn't be showing up without an invite guys. Just a thought.

Thankfully, other fans realised that no complaints were needed:

See- that's class. You don't sign autographs at your best friend's wedding. She is keeping it ALL about her friend.

can we just agree right now not to make Abigail's wedding about Taylor Swift??