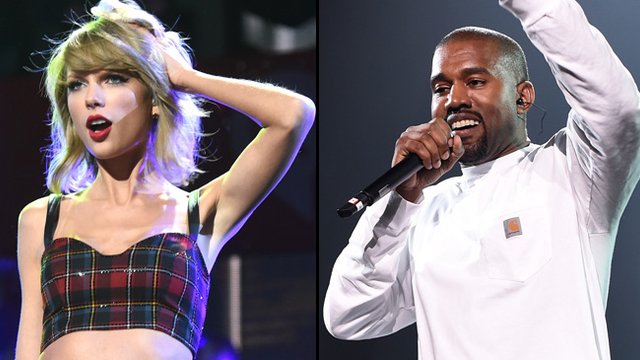 Her new album track 'This Is Why We Can't Have Nice Things' appears to directly call out the rapper and the internet is loving it.

Taylor Swift's long-awaited new album Reputation has finally dropped and the internet is, of course, going absolutely wild, combing through each lyric for references and hidden details about the singer's life.

But one track in particular seems to be quite obvious in its shade-throwing, with many fans assuming that the lyrics of 'This Is Why We Can't Have Nice Things' (what a title) are directed at Kanye West.

Taylor's friendship with West has been strained to say the least, the most recent drama involving West's lyrics to his single 'Famous' and a leaked phonecall of their conversation about it.

Now, Taylor appears to make her thoughts on the whole situation pretty clear:

"It was so nice being friends again

There I was giving you a second chance

But then you stabbed my back while shaking my hand

And therein lies the issue

Friends don't try to trick you

Get you on the phone and mind-twist you"

Obviously, the internet is already loving the tea!

*CUE SATISFIED CACKLE IN THIS IS WHY WE CAN'T HAVE NICE THINGS* pic.twitter.com/jgfpurMeUp

*gets to “This Is Why We Can’t Have Nice Things”*
Me: *To Kim & Kanye* pic.twitter.com/gCcdoPMrSl

ME LISTENING TO THIS IS WHY WE CANT HAVE NICE THINGS #Repuation #TaylorSwift @taylorswift13 pic.twitter.com/BtZiMUVwrc

ME AFTER “THIS IS WHY WE CANT HAVE NICE THINGS” @taylorswift13 pic.twitter.com/mJSfLvHXRA

Guess we can have nice things after all. Thanks Taylor!