For most of summer, Adams had been discussing that he was working on his own version of the record. As I'm sure you can imagine, much of the internet was very excited about the prospect, especially given Adams' 'authentic' reputation.

However, for me, I find the whole project rather problematic.

When Swift announced 1989 last August there was a sense that this was it; this was the big blockbuster music moment that a rather lacklustre year had been calling out for. In fact, it's probably fair to say that since Lady Gaga's "Bad Romance" no-one had really universally smashed it out of the proverbial park.

Along with the live-streamed announcement came "Shake It Off", a single that would debut at Number One on the Billboard Hot 100 chart and be replaced by the follow-up single "Blank Space", making her the first female artist to knock themselves off the top spot. Likewise, the tight lips and security surrounding the album gave it a much missed sense of anticipation - no-one had heard it all and there were no leaks. It was an event in a sea of surprise releases and minuscule music campaigns.

I'm saying all this to give this context. I'm not here to put down Ryan Adams and his work. In fact, Taylor even approves and loves his interpretations of the songs, which is a good thing. What I mean by it is that the original 1989 was a wide spread, highly public launch that, once it happened, gave the album and Taylor herself a new life; they stopped becoming personal songs about heartache and haters and became part of the public consciousness and, for the benefit of this piece, my consciousness.

1) It feels patronising to pop fans.

Taylor's position as a 'pop' popstar is a fairly new one; her Nashville heritage has always placed her in a different place while her references have always ventured outside of Britney and Madonna to, say, Tim McGraw. There's nothing wrong with this, but it might be why she doesn't get that what Adams' 'homage' to her work is actually doing is stripping away all the joy from the album, replacing it with dirge and disappointment. Writing for The Guardian, pop critic Michael Cragg summarised this pretty succinctly.

"The patronising assumption is that the pop listener can’t feel an emotional connection to a song if it doesn’t have guitars on it," he writes, "that a pop song’s brilliant longing can’t be communicated unless the voice delivering it is grizzled and has been recorded using two tin cans and a bit of string."

This, rather fittingly, leads us to reason number 2.

2) It stinks of 'authenticity'.

This point stems, essentially, from the idea of patronisation, but also from music snobbery. The assumption that pop music somehow needs to be altered or changed so that it can be considered 'authentic' and critically applauded is bullsh*t. What makes 1989 so joyous and near-perfect isn't just Taylor's songwriting ability, but the bells, whistles and radio-ready structure that dominates the Top 40.

For example, the opening, ominous Italian disco synths and funk lead guitar matched with Taylor's gentle whispers on "Style" build to a major key chorus, and collectively are perfect ingredients to one of the best pop songs in recent memory. Not to mention Max Martin's production skills swelling and flowing throughout the song (and album).

However, because popular songs get played on popular radio, many critics and musicians consider it to have been created for the lowest common denominator; to them it's music with no artistic merit. A song that's widely considered pop could, to 'authenticity warriors', never match the lofty heights of their Hype Machine backed/Pitchfork favoured/NME supported faves.

What Adams has done with his interpretation of 1989 is play into the hands of pop's detractors, giving them ammo to take down, compare and belittle a truly triumphant moment of pop history.

I hate to bandy the word "Privilege" around like a weapon, but through establishing an alternative narrative to Taylor's songs, it may seems to some that Adams' interpretation adds more 'depth' to the songs (as this reviewer for The Telegraph says). What this does is legitimise and prioritise the emotions of an adult, white man over those of a young woman. We've written before on PopBuzz about how the feelings of teens and young people shouldn't be shut down just because of their age, however this is exactly what it seems that Adams' version of the album will achieve.

4) Albums like 1989 don't come along often and it feels like it doesn't need to be dicked around with.

Pop music is hardly starved for amazing songs and albums, but what 1989 did was different; it had a mission statement to be the biggest, boldest and most accomplished pop album in recent memory. It not only achieved this, but is still achieving this. Seriously, 1989 will go down in memory as the Thriller of this generation.

Personally, as someone who lives and breathes pop music, an album like 1989 is the sort of rare gift that sets the bar high and affects my life. It's the thing I want to listen to more than anything else and it's something that I fall in love with over and over again. For example, I thought I had reached peak Taylor, but in the last two weeks I've listened to 1989 more than anything else. I've been drawn into the sinister elements in "Style", perked up by the horns in "Shake It Off", pensively thought to "Wildest Dreams" and lost all chill to "New Romantics" all over again as if it were brand new.

Obviously I have a bias against Adams' album, but I do feel that Taylor's record should be given its place in pop history without the banal calls from the authenticity police about how "Adams' was, like, way better". I've always been a pop fan who considers pop music an art form.

Yes reviewers are noting the quality of Taylor's song writing, but only after complimenting Adams for stripping it all back. Personally, I was able to marvel at Swift's talents AND the production. Reading headlines like "Ryan Adams turns Taylor's 1989 into timeless stunners" not only boils my blood, but misses the brilliance of the originals.

Call me stupid or small minded, but I'll just shake off Ryan Adams' 1989 and stick to the original. 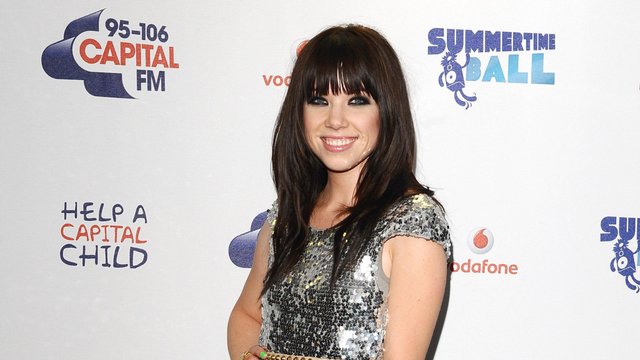 Why Can't Male Popstars Experiment With Their Sexuality?