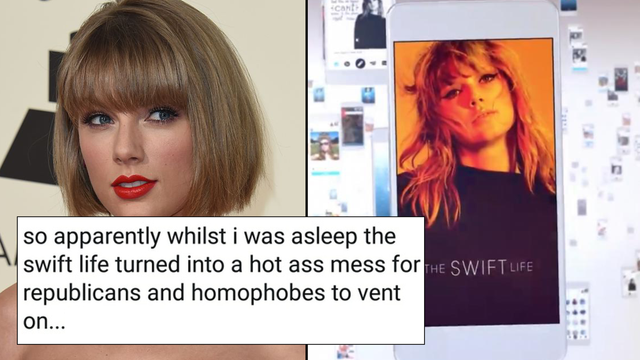 Well, it's safe to say no one expected this.

While Taylor Swift, herself, might not have much to say about the state of our political landscape, it seems as though some of the Swifties on her new app are more than willing to wade into the thick of it.

The app gives Swifties the opportunity to access exclusive content, make social posts, and chat with other users. It didn't take long, however, for Swift Life users to begin engaging in some distinctly unswift-like behaviour: political discussion.

Some users have complained that there are unsavoury political viewpoints being shared on the platform. 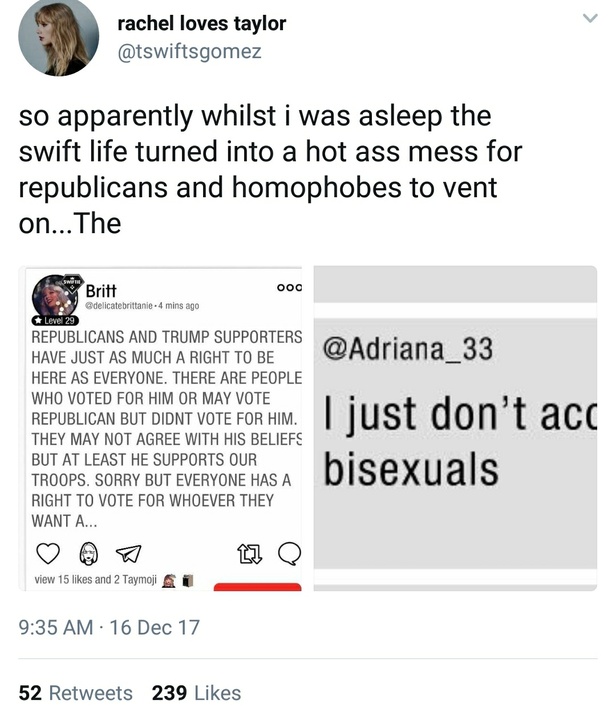 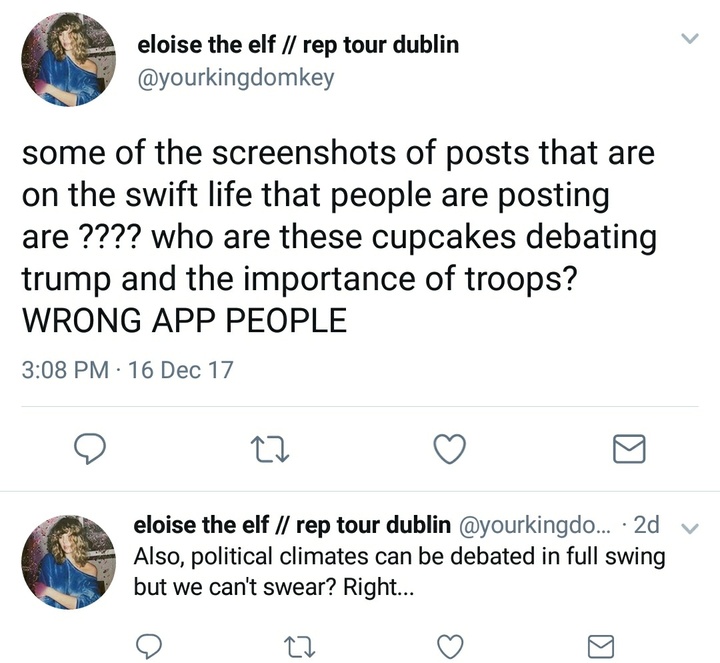 Some of these political comments on the platform expressed pro-Trump sentiments while other comments were critical of LGBT individuals. There were also pro-Hillary Clinton postings that divided users of the app.

It should be noted that not all the fans on the app were expressing these opinions.

Still, many Swifties considered it offputting. 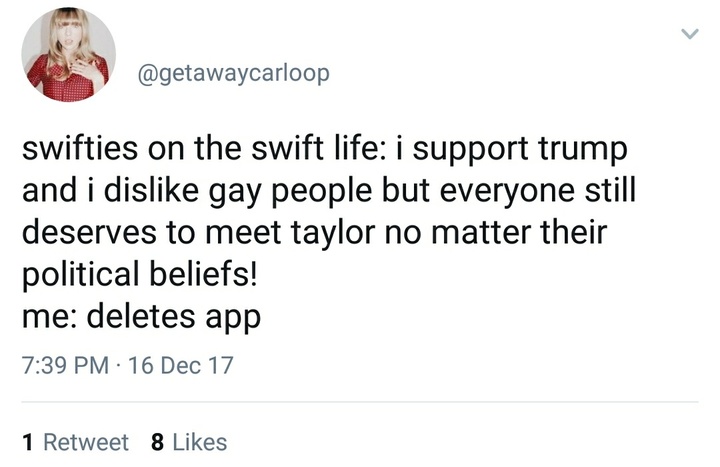 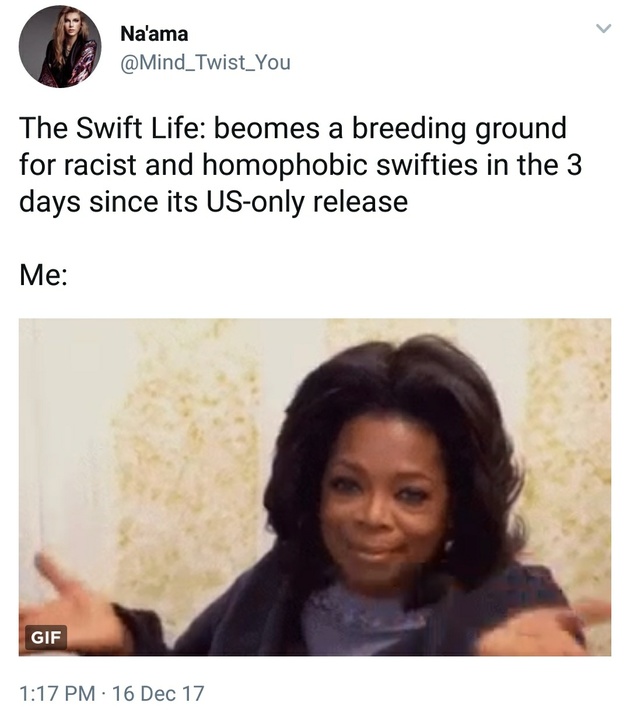 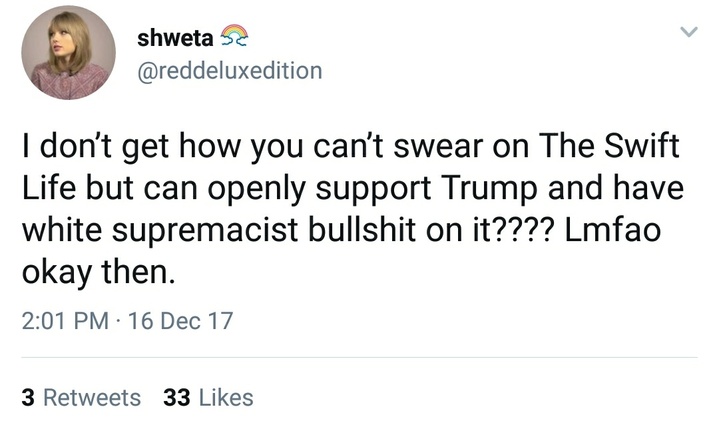 Taylor purposely does not comment on political issues, many believe, to avoid alienating parts of her loyal fan base. Other sites like Reddit and Twitter have had to address problematic political posts on their platforms, as well, so this is definitely not a unique case of ultra-conservative individuals running amock.

However, this happening on the platform of a pointedly apolitical figure such as Taylor is certainly an interesting turn of events.