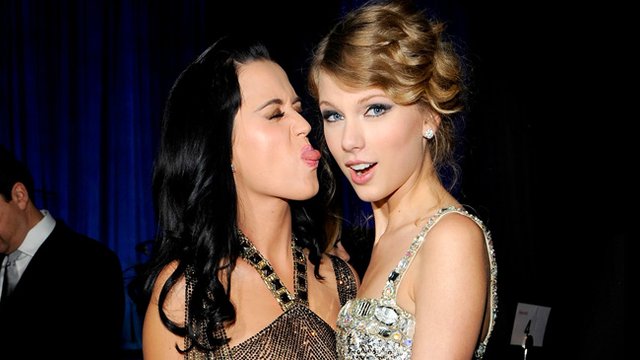 Taylor and Katy's feud just got even more ridiculous.

Mirror mirror on the wall, who is the pettiest of them all?

Last month, Katy Perry reignited her very famous "feud" with Taylor Swift during her appearance on Carpool Karaoke with James Cordon, and now Swifty has responded by dropping her entire back catalogue on all streaming services, including Spotify, on the global release date of Katy's new album Witness. You could not make this up...*sigh*

To many, Swifty's sense of timing seems more than a little coincidental. She has been holding back her back catalogue on most streaming services, except Apple's premium service, for years now.

When other big artists have given in and released their catalogues onto streaming services, it usually causes a huge spike sales and streams. This has lead to older albums re-entering the charts, as we saw with Prince earlier this year and The Beatles last year. Perhaps this was what T-Swizzle was planning for her own music? If so, what better than doing it on the release date of your arch-nemesis new record?

And it's get better: Taylor discounted all her albums on iTunes to $6.99!  *evil laugh* 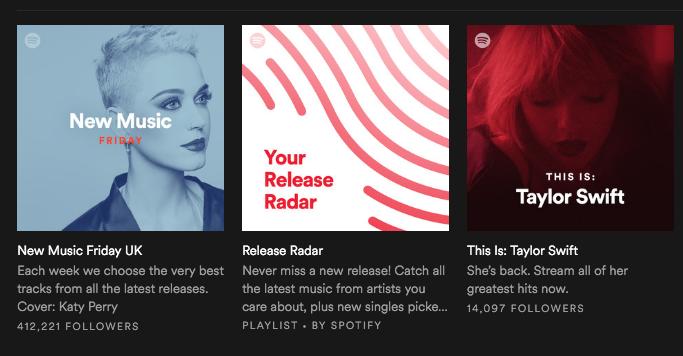 While it's unlikely that Swift could hold Perry off the top spot, the buzz around 1989 and other popular Taylor albums being available might steal some of the limelight away from Witness.

As we said a couple of weeks ago, the whole Perry-Swift feud has gotten to such a level of pettiness - on both their parts - that we can't really be bothered with it anymore. That said, we are kinda pumped to have 1989 back in our lives. *blasts Out of the Woods for the millionth time today*

So, who is the pettiest of them all them?