None of this would have happened if they had given Beyonce the award for Best Video...

While you were sleeping, something happened on Twitter. Kim Kardashian managed to break the internet with her clothes ON.

After months and months of denying she knew about Kanye West's ~slightly~ misogynistic lyric on his song "Famous", Taylor Swift was last night (17/6/16) 'exposed' by Kim Kardashian by means of a 5 minute Snapchat story confirming that Kanye DID ask for Taylor's permission before he released the song. You can read the entire timeline of events in this single tweet.

Soon after Kim K served the receipts, #KimExposedTaylorParty began trending on Twitter and because we like to keep you updated with the biggest stories in music and online, here are some of the best:

2) Please, not another Battle of Hogwarts... PLEASE.

4) We wish we could bake a cake made of rainbows and smiles...

Kim during that phone call between Kanye and Taylor #KimExposedTaylorParty pic.twitter.com/ZIKxpntIIB

8) So, when can we expect Kim's debut on CSI: EXPOSED?

No idea what this #KimExposedTaylorParty hashtag is, but just came across this on Facebook. pic.twitter.com/4S1CNODxcy

Kim Kardashian holding the deadliest weapon of all time pic.twitter.com/ayLu7vNYWl

14) IMMA LET YOU FINISH KIM... BUT BEYONCE STARTED THE BEST MESS OF ALL TIME.

None of this would be happening if MTV had just given Beyoncé the VMA. pic.twitter.com/nAaA6MJGdr

Well, damn. Can't we all just be friends and start worrying about the more pressing matters in the world rn?! 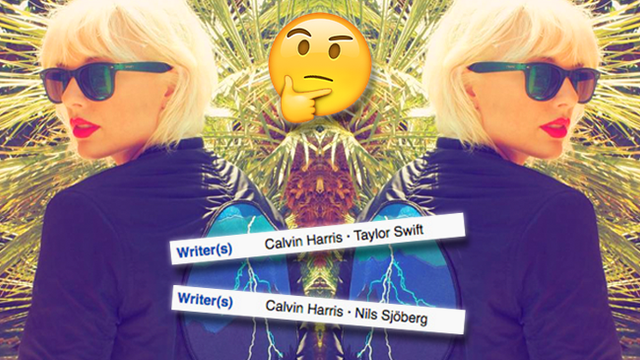