"I've got that black lip, plaid shirt thing that you liiiiiike."

Taylor Swift is evolving into her next form and people aren't happy. Grunge Swift is here. (Surface level Grunge, mind you - we both know she hasn't spent the last few months locked in her basement bathing in Pearl Jam and worshipping at a shrine of Cobain.)

Before the May edition of Vogue, we were all still living peacefully in that red lip classic thing that we liked so very much. But when the snaps were dropped, the new era of Swift was unleashed, thanks to Anna Wintour who thought her new look was "young and modern and different." LOOOOOOL OK ANNA.

We're not gonna lie - SHE LOOKED GOOD - but at the same time, low-key hoping this was just a temporary look.

Turns out it wasn't.

i never thought id ever see taylor swift go through a grunge phase and yet here we are pic.twitter.com/tHOI31lATI

Grunge Swift was indeed rising, and we're so very confused.

Platinum hair, dark lip. Remind you of anyone?

If she suddenly drops a new album in of The Pretty Reckless covers, you're all in trouble.

And the second she steps out in a Nirvana shirt, it's all over.

Listen, we are all free to pull influence from certain eras or aesthetics, so it's unfair to put down Swifty's recent vibe, but it totally doesn't count if your plaid shirts and chunky boots cost more than 35 years of rent for the average person. If you're gonna do it, commit to the cause Gurl!

The internet is still in a state of unrest. But what's your verdict?

Someone referred to Taylor Swift as the new face of grunge and I could actually hear Kurt Cobain saying "screw you guys" from his grave.

Tay looks ~amazing~ whatever she's wearing but we're gon' need Courtney Love to come and stage an intervention before this goes too far! 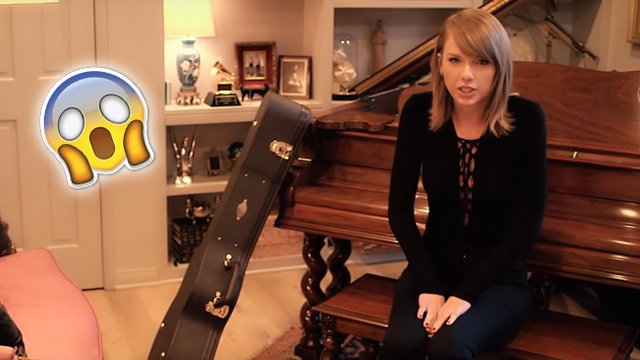 POLL: Is This The Most Cringe Taylor Swift Interview Ever?