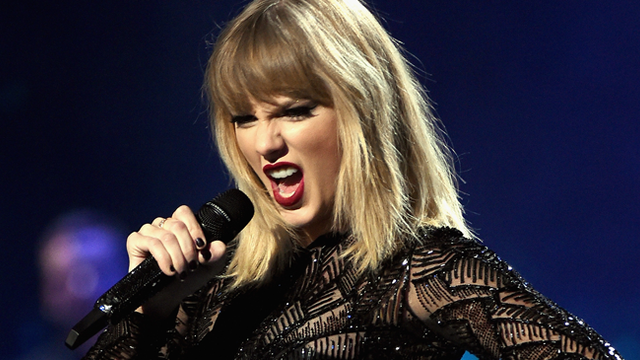 Taylor's been on Tumblr and she's liking some pretty revealing posts...

For months now, Taylor Swift has been HOUNDED by people online over her deafening decision to remain silent during the 2016 US Election. Many thought that she should have used her platform to urge more young people to vote and even speak out against Trump's campaign pledges and behaviour.

As we know, Taylor did none of that but then again, she was NEVER obligated to and she's always chosen to remain fairly apolitical throughout her career. She did however post a voting station selfie on November 8th, which was nice. But now, after months of being dragged in the media, criticised by people online and, most recently, becoming some sort of icon amongst a few alt-right publications, Taylor has finally had her say on the commentary surrounding her political persuasion... kind of.

While a single word literally hasn't come out of her mouth publicly for a VERRRRY long time, Taylor has, however, logged back into her Tumblr account and has been 'taylurking' and liking posts from her fans about her new era. She's been confirming video theories, enjoying fan freak outs and even liking the odd shady comment about her enemies and exes.

And a few days ago, one fan noticed that she had liked THIS particular post. 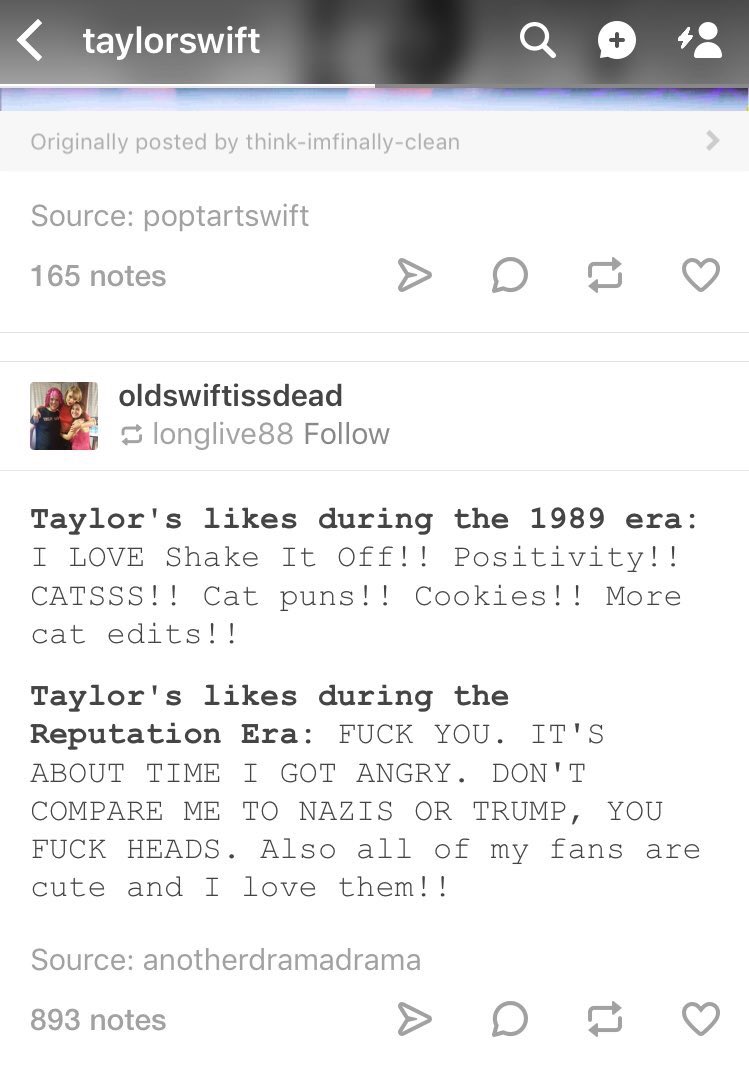 Ok, so she didn't *quite* "speak about it" as such, but it did come from her finger tips. So there you have it... "Fuck you. It's about time I got angry. Don't compare me to Nazis or Trump, you fuckheads." Some may think she still needs to make more of an effort come out and explicitly say something but that's the only tea you're probably gonna get out of Taylor about her political persuasion... for now, at least.

Something tells us the New Taylor™ wont be holding back so much this era.