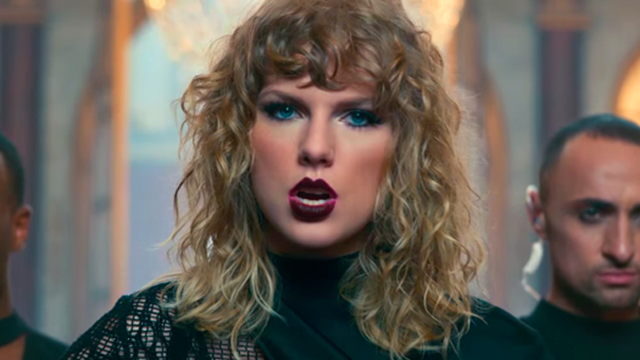 Not everyone is convinced by Taylor's ticket selling method...

What are we going to do with New Taylor Swift™, huh? She's dropped an iconic scathing video to go alongside her no-f*cks-given new single and now she's pissed off thousands of fans over her controversial ticketing system for the upcoming Reputation tour.

Taylor has started using the Ticketmaster Verified Fan service and it's genius. It helps genuine fans secure tickets to see their favourite band or artist before touts and bots even get a chance to glance in that direction. Paramore, Twenty One Pilots, Harry Styles and Niall Horan all used it for their latest tours where fans needed to register before a deadline and then later sent a code to access the official pre-sale and general sale tickets.

But some people have noticed a "catch" with the way Taylor in particular is now using the system and it's pissing a lot of people off.

The rules are the same; sign up to the service and you'll get priority access. Except Taylor has implemented a series of "boosts" that will cut your wait time and increase your priority in line depending on how many boosts you earn. She even released a "cute" video explaining how the whole scam thing works.

These boosts can be earned by purchasing Taylor's album (if you buy 13 copies, you get a Golden Ticket), exclusive merchandise (including that questionable $60 snake ring) and by making "social posts" about Taylor Swift on your personal social media (which, to be fair, is free but still...) You can also earn boosts by watching the 'Look What You Made Me Do' video up to five times every day.

You don't HAVE to buy the boosts, of course, but if you want a higher chance of getting tickets to the Reputation tour, you'll basically have to spend a LOT of money before you've even made it into the online waiting room. And even then, that STILL doesn't ~guarantee~ you tickets when they go on sale. (that small nugget of info is written in the tiny tiny fine print on the site.)

Needless to say, fans who have been waiting to see Taylor's return to music are absolutely fuming and and they fear that the system isn't favourable to people who don't have that kind of money to compete with those who will be buying the "higher boosts."

I just don't like the idea of fighting to prove myself as a fan to buy concert tickets!!!

Taylor Swift, reminder, your fans are getting degrees in uni and colleges that scam us on tuition fees. Be good to us with the tour tickets.

"Wow I can't wait to get my Taylor Swift concert tickets"
Ticketmaster&Taylor: Do you want to play a game? pic.twitter.com/cmH50tzS3N

Taylor Swift is providing earlier access to tickets to fans who buy multiple copies so the album. This is how she’s going to sell 1m copies

#TaylorSwiftTix is such a loathsome scam. Way to manipulate the thousands of fans who idolise you @taylorswift13 @Ticketmaster

Obviously, this type of ticket buying situation isn't unheard of and she's certainly not the first artist to do it. Many artists - most recently Lana Del Rey - make their fans purchase albums or one time memberships and share social posts before being given access to tickets but Taylor IS the first to go this far with an accumulative boosting system as elaborate as this.

While we get that you're a savvy businesswoman who is also trying to destroy ticket bots before the world ends, Taylor... your new "ticket game" is low-key fan exploitation at its finest. Sorry about it.