LISTEN: Taylor Swift And Zayn Just Dropped A Sex Song And Absolutely No One Saw It Coming 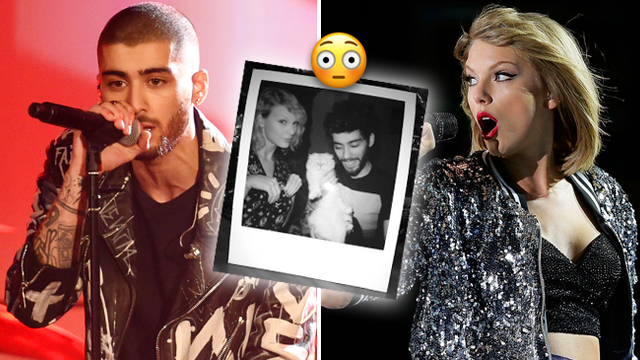 Barely an hour out of the gate and it was already number one on iTunes in 10 countries.

Man your battle stations, gird your loins, tell your families that you love them... SHE'S BACK!

In the early hours of Friday morning (Dec 9) or late Thursday night if you're in the US, Taylor Swift made her long awaited return to music by dropping a 30 second teaser trailer for her new song, 'I Don't Wanna Live Forever', with none other than Zayn Malik himself.

Taylor and Zayn, who both took the elusive chanteuse aesthetic to new heights this year, have teamed up for a track on the sultry Fifty Shades Darker soundtrack. Sex jams ahoy!

The song itself sounds like it could have featured on Zayn's debut album, Mind of Mine. Is this a sneaky little tease at the ~direction~ Taylor's next era will be moving in? Is she going to drop an album full of dark and sultry sex bangers? One can only hope. (Or not, we haven't quite decided how we feel about Sexy Swift just yet.)

And judging by the success of The Weeknd and Ellie Goulding's contributions to the first Fifty Shades movie, you can probably bet this number will get a few prestigious award nominations in 2017. It also only took one week for the track to come together according to producer Jack Antonoff - Zaddy doesn't mess around.

i don't wanna live forever came together very quickly. wrote it with taylor and sam dew and produced it at home mostly on paper sounds

recorded taylor at my house. zayn sent parts from LA - we did it in a week basically. i've never had something come out that quick

Give the preview clip a listen right here or you can #BuyZaylorOniTunes.

There you have it - the first musical collaboration between Taylor and an ex-Directioner. When can we expect the Swift/Sheeran/Horan acoustic single?