Let's get funky/politically educated with The 1975 frontman.

Today, 29th March 2017, sees UK Prime Minister Theresa May trigger Article 50, sending a letter to the European Union to begin the process of the UK's departure.

In many ways, she really is the Jack Berger of our time.

But just what is all this Article 50 stuff really about?

Last year, Matty Healy sent out the below tweet regarding a term we are hearing a lot in the UK at the moment.

Also, can we all stop saying 'Brexit' as it's not a word

Fair enough, but Matty may have left many of his US fans somewhat confused...

@Truman_Black wtf does brexit mean if it was a word

@Truman_Black i have literally never heard of this 'word' until now

See, as you know, last year saw the long-awaited release of The 1975's synth funk, 80s disco, emo-comedy, really very good odyssey album I Like It When You Sleep For You Are So Beautiful Yet So Unaware Of It.

And, at the same time, in the band's home nation, a debate was raging across every news outlet over "The Brexit".

The fact is, the dance moves of Mancunian mop haired legend Matty Healy are the only appropriate conduit to help explain just what the hell is happening in UK politics right now. So, let's look at the basics shall we:

It's the slightly stupid sounding abbreviated term for the debate on whether or not the UK should leave the European Union. Brexit = British Exit.

With me so far?

Good. Vote day was on June 23rd 2016. Any British resident over the age of 18 could go and answer the question "Should the UK remain a member of the EU or leave the EU?". They voted 52% in favour to leave.

Prime Minister Teresa May has said publically that we must respect the result of the vote and she has the backing of the majority of her own party as well as several other major party leaders including UKIP figurehead and sometime friend of Trump, Nigel Farage.

To make this easy, imagine that Matty's legs represent Teresa and Nigel and then watch as they uneasily attempt to slide their way out of Europe.

During the vote campaign, then PM David Cameron led the charge to stay as did, in fact, every other living former Prime Minister of the UK as well as many leading economists and political experts.

They want us to be as unmovable as an upside down Matty Healy in a pink jacuzzi tub.

4) What's the argument all about?

There are lots of issues at stake including trade laws and regulations, security and military influence. However, by far the most talked about issue is free movement and jobs.

Right now, if you are an EU citizen, you can rock up to any other EU country and look for work like "Hi hun".

Which is cool. But others argue that immigration is now out of control as a result of this and that UK workers get an unfair deal.

5) What do the public think?

Well it's kind of difficult to tell. The vote last summer resulted in a 52%-48% split in favour of leaving but that number may have shifted over time as people remain unsure about what is going to happen. Protests have been held across the country in favour of remaining and they seem to be gaining some momentum.

The public are moving from side to side even more than Matty's flailing, turtle-neck covered arms.

Pick an argument guys, you're making us dizzy!

6) When is all this shiz going down?

Now that article 50 has been triggered, the process to leave the EU can properly begin but it probably won't actually happen in full until 2019.

Basically, we can run but we can't hide, no matter how much you wave your hand in front of your face for protection.

Preliminary timings should develop over the next few months.

Hope that all made sense. Thanks for the help Matty. 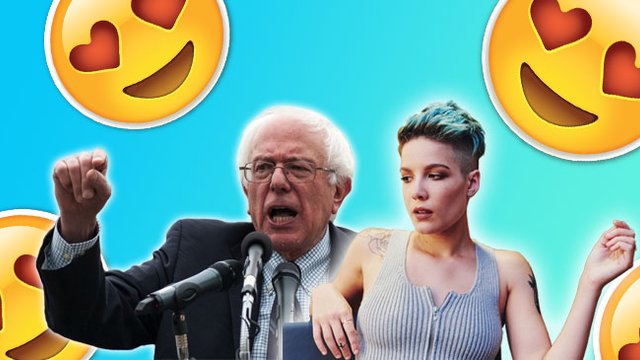