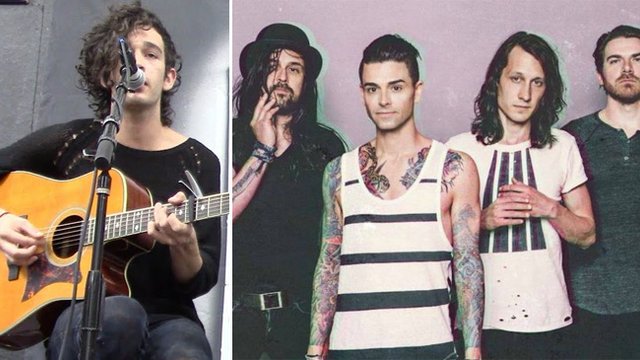 Dashboard Confessional, Chris Carrabba's legendary emo outfit, have just dropped a surprise new EP featuring covers of tracks by some of the biggest names in music.

And while we are used to hearing various stripped back versions of Bieber's pop hit, it's The 1975 cover that really took us by surprise, the crunchy, heavy guitars all removed for a more delicate take on the track, the lyrics now becoming a tale of heartbreak rather than of teenage lust.

The 1975 have previously done their own acoustic version of 'Sex' but this new take feels softer, delicate and more, um, well...emo!

Basically, it's really different, but that's not necessarily a bad thing...

But which acoustic version do you prefer? Listen to both below and let us know what you think:

the acoustic version of sex by the 1975 is literally sex pic.twitter.com/DtDAg3NuzP