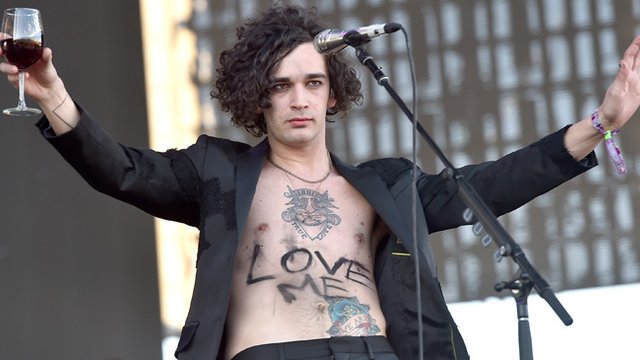 The 1975 frontman posted a cheeky pic online yesterday that has some fan girls in a serious meltdown.

Calm down everybody. Just breathe.

Ok, so this is almost certainly not a legit relationship but the caption on the pic of Matty's roommate and longtime art collaborator Samuel Burgess Johnson was still enough to send some avid The 1975 shippers into a serious crisis of feelings.

I mean, just look at that beard - it's a thing of beauty.

my boyfriend is fitter than yours @samuelburgessjohnson

That kinda facial hair will require serious maintenance but my god it looks worth it!

But even though this was clearly a joke (we're like 98% sure), some fans were still left confused by this hirsute new figure in Matty's life. And they needed answers. 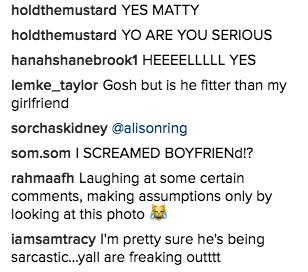 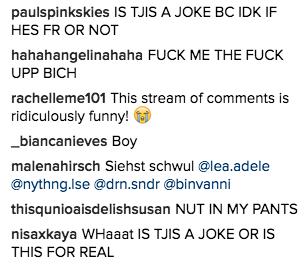 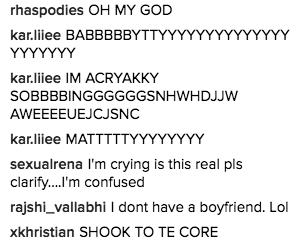 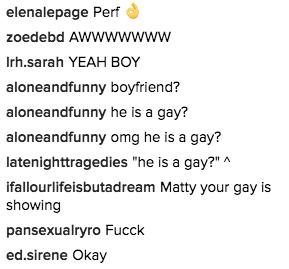 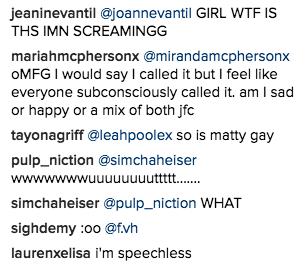 Literally thousands of comments under this one.

No follow up yet from Matty so sadly these fans are just gonna have to keep wondering and analysing until the next album rolls around with some answers.

Oh Matty, you do know how to cause a stir online don't you?

The 1975 will be performing at The Brit Awards next month before heading to the US for a full tour including a sold out show at New York's legendary Madison Square Garden.