Matty Healy's latest interview took an unexpected turn when he ended up playing himself in a live reading of some The 1975 fan fiction. Yes, really!

The 1975 frontman is currently in the middle of a European tour and took some time to chat to P3morgen who decided to use the opportunity to present Matty with some personally written fan fiction for them to act out together.

And things get awkward pretty quickly!

Tbf, Matty is pretty up for it.

Although the kissing scene seems a bit forced.

At least the dialogue is absolute gold!

Thank you. Wanna f*ck? I love you.

Watch the full awkward (and hilarious) exchange below: 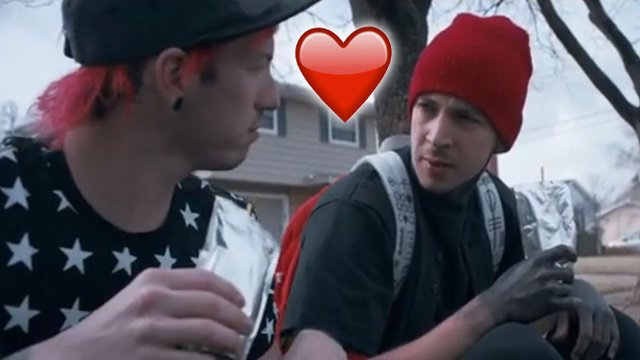