WATCH: The 1975 Caught Smoking Under Their Dinner Table At The Brit Awards 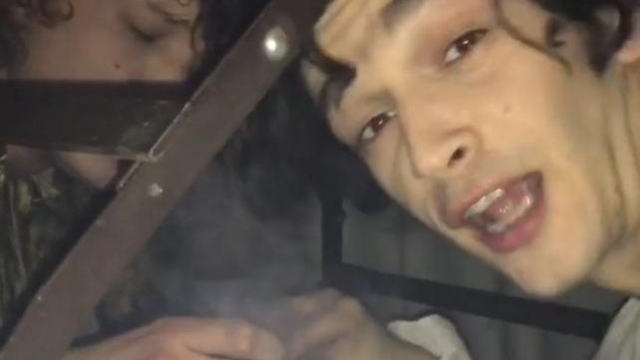 Matty and George nip under their dinner table for a crafty smoke during Ed Sheeran's performance at the awards show.

The 1975 got caught being just as cheeky as you'd expect them to be at this year's Brit Awards ceremony, flouting the smoking ban with a sneaky puff under the table.

A video of frontman Matty, drummer George and a rogue cigarette packet (well, we think it's a cigarette) has made its way online via bassist Ross MacDonald's Instagram as the boys snuck under their dinner table during Ed Sheeran's performance with Stormzy at the annual awards do last night (February 22nd).

The pair were no doubt celebrating their much deserved win for Best British Group earlier in the night, Matty making an impassioned political speech to the assembled crowd, encouraging activism through music. The band also gave an energetic performance of 'The Sound' accompanied by a 100-piece choir which many TV viewers thought had been 'hacked' after the critical quotes used in the track's music video were flashed up on screen.

Check out the band's performance and awards speech below: