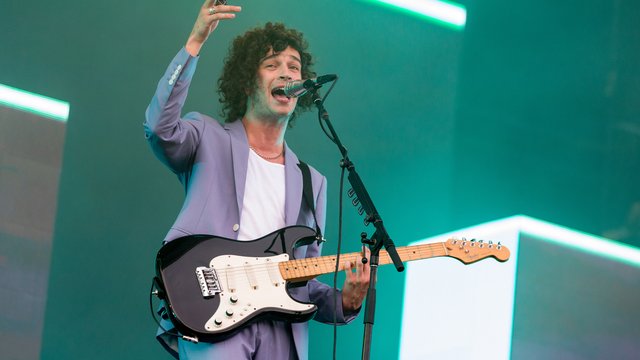 As Matty, George, Ross and Adam hit the road once again, here's all the details we have so far about the final leg of the 'I Like It When You Sleep...' era.

The 1975 are back on the road once again for the final leg of their world tour in support of their excellent second album I Like It When You Sleep For You Are So Beautiful Yet So Unaware Of It.

Currently in South America, the boys will soon loop back around North America before returning to Europe for some festival dates including their headline performances at Parklife and Latitude.

But what can we expect from the band's final shows for the forseeable future? Here's a few details we've picked up from the opening few dates.

@The1975enMexico @The1975_Tour TONIGHT SETLIST
A security guard showed it to some fans!! HOW EXCITING!!!! pic.twitter.com/ijbvdn20G8

A few older tunes from the first album-era have been making their way into the current rotation, specifically the HUGE single 'The City', a longtime live favourite that many fans have been requesting on the set for some time.

Plus there's the return of 'So Far (It's Alright)', previously included on the original UK leg of the tour including their stint at London's legendary Brixton Academy venue.

Fellow Dirty Hit act Pale Waves will be opening up for the boys on all North American dates. This continues The 1975's grand tradition of supporting bands on their label, having previously toured with The Japanese House for most of last year.

3) Any surprises in store?

In terms of the stage setup, the colourful towers and screen projections are still present and correct. So, any surprises should come in the form of set changes (they've been through several drafts already) and, just maybe, a preview of some of the new material they are working on for their third album, allegedly titled Music For Cars.

Plus, don't rule out them having a few special tricks up their sleeves for some of the bigger shows of the run - specifically New York's Madison Square Garden and their hometown festival headline show at Parklife in Manchester.