Fans take to the internet to show support after Matty's incident on tour in Mexico.

The 1975 faced a tricky encounter in Mexico this week as fans attempted to break into Matty's hotel room.

Continuing their world tour in support of recent second album "I Like It When You Sleep For You Are So Beautiful Yet So Unaware Of It", the band were mobbed by fans both at the airport and their hotel after word spread about their location on social media.

And while they boys were gracious enough to pose with a few fans as they made their way through reception, Matty quite rightfully called some fans out for trying to break into his hotel room.

"who tried to get into my room this morning?"
guys this is not cool, we all should wait, without invading the guys' privacy. pic.twitter.com/wIRKhK66BN

Thankfully, the fan base were quick to call this room-invader on their sh*t, getting on Twitter and venting hard.

pls if the 1975 does come back, don't wait for them at the airport or try to get into their hotel room! it's messed up, poor babies :(

please please please don't go to the 1975's hotel or wait at the airport they hate it it's not fair it's all a Bad Vibe just...don't do it

Hey I love Matty A LOT but I would NEVER try to invade his or any of the boys privacy especially in a hotel room...my god calm down #the1975

Glad to see that not all fans go to this extreme with their love for the boys but we doubt they will be any less annoyed at the perpetrators. Matty has said in the past that he is reluctant to do "meet and greet" sessions due to safety concerns, a view that incidents like this will only further enforce.

Also, interestingly, many fans were expressing some concern over a shift in the fandom, citing the change in attitudes over the years to One Direction as a comparison.

This fandom is slowly becoming more like One Directions ;-;
This is not fucking okay. Y'all need to calm the fuck down. https://t.co/jBnchcf3Oo

We are becoming some sort of One Direction fandom and our "devotion" is turning into a real "obsession".
This is so fucking messed up. https://t.co/fRXC4ODgtL

@Favlling4u like I need One Direction to come back from their fucking bullshit hiatus... we don't need extra ass people

Extreme fan behaviour has been a hot topic of discussion already this year, with Fifth Harmony in particular suffering anxiety attacks as a result of being hounded. Then again, fans going too far is nothing new. Look up any footage of Michael Jackson on his 1980s world tour to see hundreds of people outside hotels or The Beatles being literally chased down the street by adoring girls.

Thankfully, in the age of social media, there are enough ways for fans to communicate and express their displeasure, hopefully encouraging some less crazy behaviour for the remainder of the tour. 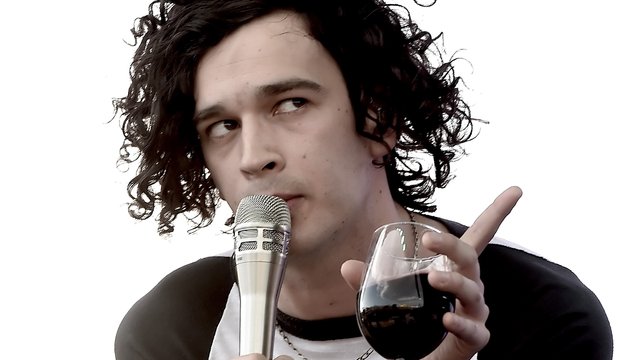