And Matty Healy's Fave Song Ever Is... 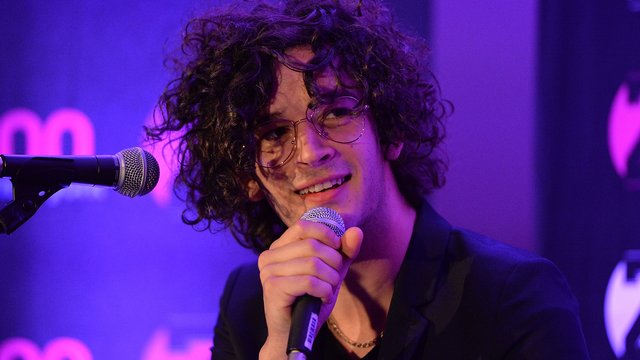 The 1975 frontman Matty Healy has revealed his fave song ever in a new interview and it is a TUUUNNNNEEE...

Matty was chatting with NPR in the US, acting as the guest DJ for their All Songs Considered show when he revealed the one track that holds a special place in his heart.

It's LCD Soundsystem's classic "All My Friends".

It really is a great track and it's easy to see the influence on The 1975, mixing upbeat, slightly weird, inspirational piano-led pop with a sad yet hopeful set of lyrics encouraging unity while rejecting complacency or the idea settling for less in life. Without "All My Friends", there is no "Somebody Else" or "Change Of Heart" - they are very different tracks but the signature style begins here.

Don't believe us? Give "All My Friends" a listen below:

Other tracks Matty went for in the episode include weepy Michael Jackson ballad "She's Out Of My Life" and Otis Redding's "Hard To Handle". You can check out the full show right here.

The 1975 return to the UK next month for a sold out arena tour including two nights at London's O2 arena.