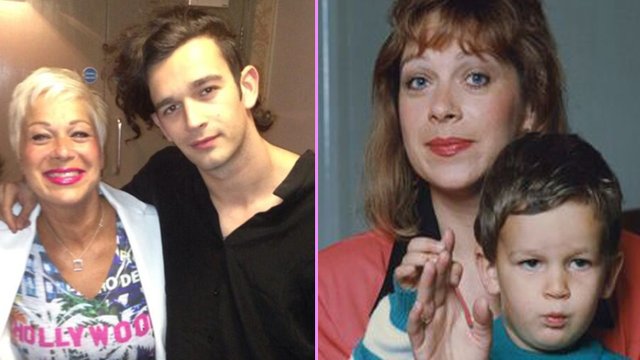 Denise Welch talks about the first time she heard The 1975 album track which focuses on her post-natal depression.

Denise Welch, Mum to The 1975's frontman Matty Healy, has spoken in a new interview about her reaction to "She Lays Down", the closing track from the band's most recent album, which directly addresses her post-natal depression and past struggles with addiction.

The song talks candidly about Denise's past, with lyrics referencing cocaine use and the depression she fell into following Matty's birth.

"My hair is brown, she's scared to touch
And she just wants to feel something
And I don't think that's asking for too much
And when I go to sleep it's when she begins to weep

She's appalled by not loving me at all
She wears a frown and dressing gown
When she lays down."

Now, speaking to The Mirror, Denise found it understandably difficult listening to such personal lyrics for the first time:

It's a beautiful song. I didn't know he was going to write it. He wanted it to be completed before I heard. It's tough for me to listen to because it's so heartfelt. I've had so many messages on social media about how that has been the soundtrack to people's lives. It's helped a lot of people. He takes his responsibility as a songwriter incredibly seriously, and for that I'm very proud.

Good to hear that a positive message has come out of her painful past. Nice work Matty!

Denise is a TV personality and actress in the UK and her and Matty have remained very close as he has shot to fame, regularly accompanying the band on tour, even getting a cheeky selfie with Jared Leto at Coachella festival last year.

The 1975 will return to the UK next month to perform at the annual Brit Awards where they are nominated for the Best British Group and Best Album awards.