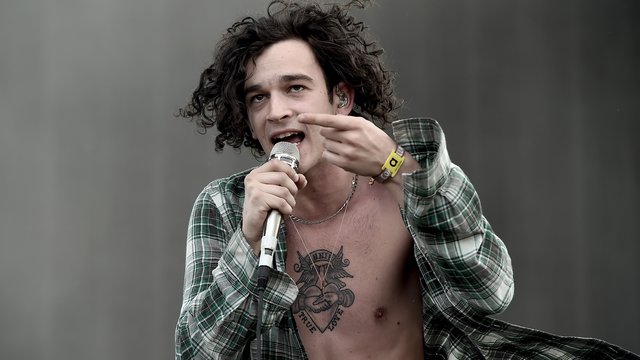 A track from the new album got one of Matty's former flames a little angry...

Matty Healy has revealed details of a strange phone call he received from an ex-girlfriend following the release of his latest album.

The 1975 frontman was chatting to NME about his incredible year before divulging some interesting info about individual tracks from "I Like It When You Sleep For You Are So Beautiful Yet So Unaware Of It".

So Matty, why was your ex ringing you all of a sudden? Well, it's all down to when they heard "Change Of Heart".

I got a phone call off my ex just going f*cking nuts. I had to be like, "It's not really even about you, sorry.".

No guesses as to who that "f*cking nuts" ex might be - we don't want to end up in the Badlands. But clearly there is some Bad Blood there anyway...

In fact, the incident shook Matty so much that he changed his lyrics while writing "Somebody Else".

It was originally about my aunt, but when I argued with that girl about "Change Of Heart" it got me thinking, and I just had to switch its focus.

Thank god he did he change it - would be a bit weird to have a song about sexual jealousy that was secretly about your aunt!

The 1975 return to the UK next month for a sold out arena tour including two nights at London's O2 Arena.