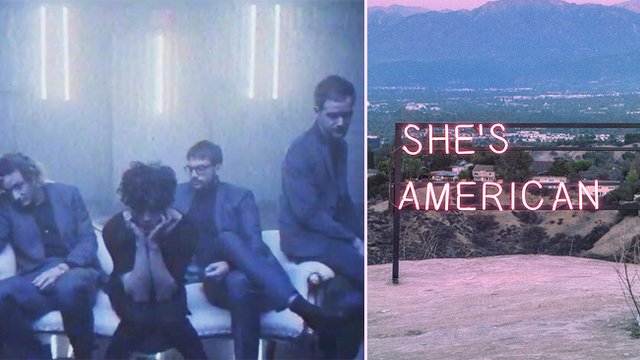 Turns out the much anticipated promo clip may never see the light of day...

The cheeky little teases have just put up a tweet revealing that a video will land on Christmas Day. Is it "She's American"? Who knows at this point. We just want to see Matty dance! Is that too much to ask?

The 1975's long-awaited music video for 'She's American' may never be released according to the band's manager Jamie Oborne.

Some brief snippits of the promo clip were leaked in the form of album commercials viewable on Facebook, with the latest glimpse showing frontman Matty Healy dancing with a group of girls holding machine guns in front of a video screen.

But a recent tweet by Jamie implies that we may never get to see the full footage of Matty getting his dance on. 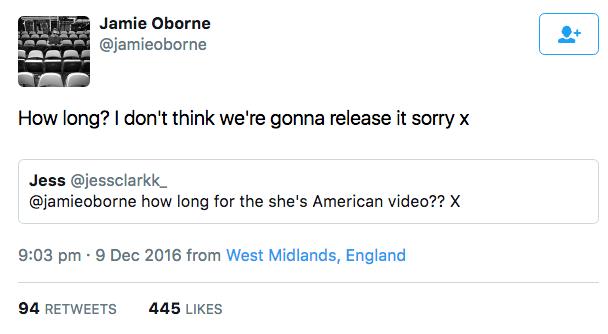 So why might the band be holding off on releasing the vid? Perhaps the results of the US Presidential Election had made the band rethink their single plan, with the gun imagery and title seeming less appropriate now. Rumours had circulated that 'Loving Someone' would be released with a newly shot promo, the song regularly introduced with a politically inclined speech at the band's recent concerts.

Or maybe the reason is that they simply don't like it, as one tumblr user has implied:

But maybe we will love it - you don't know until you show us it boys!

The 1975 continue their sold out UK arena tour this week, with further US dates lined up for 2017.