This is SRSLY amazing.

It's been been exactly 4 months since The 1975 dropped "Love Me" like an atom bomb on an unsuspecting music world. In that time, they've made the imminent release of I Like It When You Sleep For You Are So Beautiful Yet So Unaware Of It one of the most highly-anticipated albums of 2016.

How? Well, they've done it the old way. Just good ol' fashioned addictive songs, eyebrow raising interviews and great live performances. Their appearance on SNL is easily their best yet.

Matty and boys popped by this weekend to perform "Love Me" and "The Sound", the latter of which gets a testosterone boost with 6 backing singers and some meaty production. Seriously, how long till these guys take over the world?

Check out videos from SNL below and prepare to be dominated. 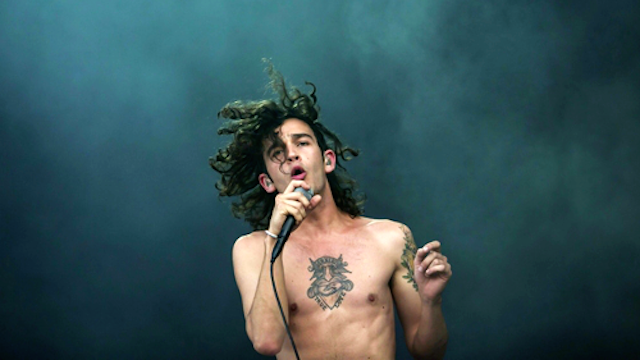