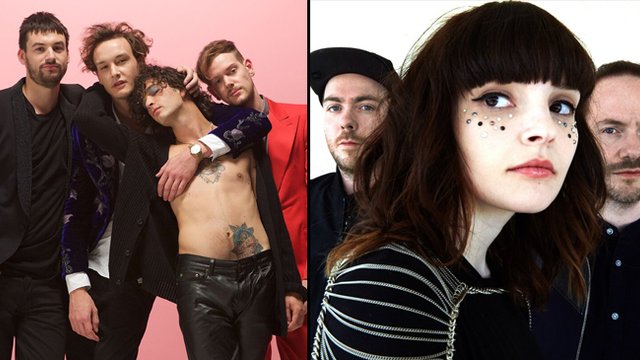 Turns out when you speed up 'Somebody Else', Matty turns into Lauren almost instantly.

So it turns out The 1975 may share some serious DNA with everyone's fave Scottish synth poppers CHVRCHES after one fan accidentally left the former's music on the wrong speed...with surprising results.

Steve Holden, a music reporter in London, played The 1975's breakup banger 'Somebody Else' on vinyl at a higher than normal pace and, amazingly, the resulting track sounds EXACTLY like it is being performed by CHVRCHES.

Don't believe us? Check out the results for yourself below:

Accidentally playing Somebody Else by The 1975 at double speed makes it a @CHVRCHES-esque banger. pic.twitter.com/vag1603n0V

See? It's almost creepy right? That could easily fit on Every Open Eye.

So, what we have learned today is that CHVRCHES would do a hell of a The 1975 cover, Matty sounds Scottish when you speed him up and these two glorious bands need to collab as soon as possible.

Now, what does 'Love Me' sound like at double speed?