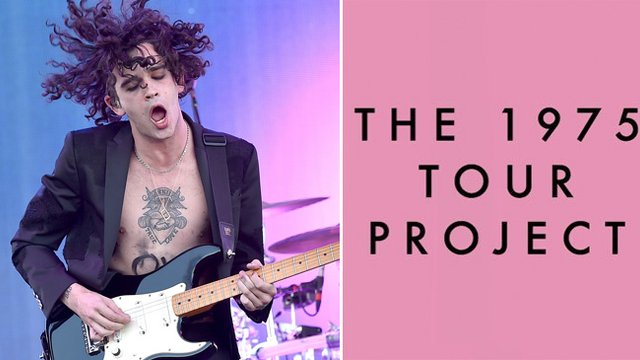 Want to get a mid-show message to Matty? Here's how you do it...

A group of The 1975 fans have come up with a clever way to show their love for the band right in the middle of their concerts!

The band are currently on a sold out arena tour of the UK and a new Twitter account has been set up to launch The Sound Project, an idea inspired by the famous slogans that pop up on screen during the song's music video.

So, how does it all work?

If you are heading to one of the band's tour dates, here's what is going down:

So, instead of the signs filled with real critics quotes from the video, now you can hold up your highest praise for Matty and the boys that they can gaze at longingly during that mental guitar solo crowd jumping moment.

There are some sample ideas already listed on Twitter...

...but we thought we'd add our own thoughts into the mix.

Feel free to use these if you've got tour tickets:

"Allen is the greatest dog in the world"

"Fancy a glass of red after the show?"

"We love your mum (shout out to Denise!)"

Think those would all go down pretty well.

Got your own ideas? Share them with us below.