"I only heard chocolate once and I hated it"

The 1975 do not hold back on confronting their critics in the new video for "The Sound". They might just be the most painfully self-aware band in existence.

Anyone who has read a single interview with Matty will know he's a very clever and astute person. He's very aware of how he comes across and uses it to his advantage, knowing people like to be entertained with outrageously narcissistic quotes or wild claims about his personal life.

So it kind of makes sense for the band to tackle the criticisms head on. Real-life quote about the band are projected in between shots of the band locked in a box where people (critics, we assume) gawk and pass judgements about them.

We love the twist at the end, with the critics being locked inside the perspex box. Its like, hey, we don't really give a sh*t. Now the band are on the outside looking in. They're above it. They've finally proved themselves.

Side note: we wonder if the exhibition in London on Sunday will revolve around this set? Maybe the band will play in the box? Only one way to find out folks! 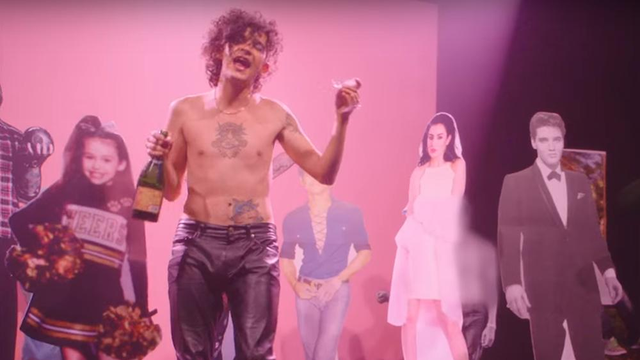