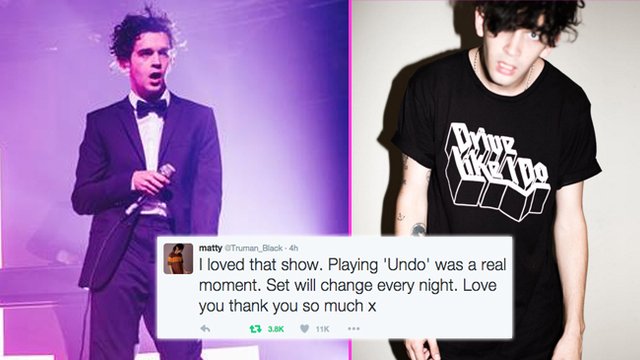 Matty and the boys relaunched their 2016 tour in amazing style.

The 1975 relaunched their 2016 US tour last night (October 13th) with a show at the Comerica Theatre in Phoenix Arizona, featuring new merch, an updated setlist and some snazzy new visuals to boot.

So, here are a few of the most exciting things you can expect to see as The 1975 hit the road once again.

The new version of "The 1975" finally gets a live airing as the intro to the show, bleeding pretty seamlessly into "Love Me". You know, like it does on the album.

the transition from The 1975 to Love Me is exactly how I imagined itpic.twitter.com/t7SYnGGnp9

New additions include a few old faves like "Undo", instrumental title track "I Like It When You Sleep..." and, after so much demand on tumblr, "This Must Be My Dream" finally makes the cut.

And, as Matty pointed out on Twitter, there are more changes to come...

I loved that show. Playing 'Undo' was a real moment. Set will change every night. Love you thank you so much x

A nice mix of stuff on offer here but our eyes are only drawn to one particular item...

This incredible Drive Like I Do shirt as modelled by Matty himself. 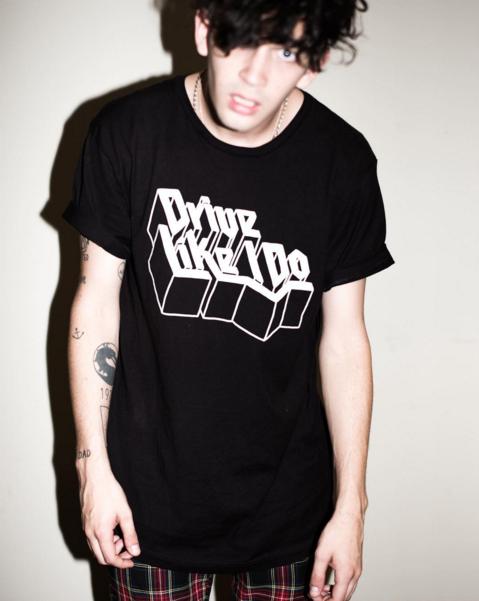 Add to that some updates on the shiny visual backdrop and HUGE glowing rectangle over your heads and you got yourself a whole new show kids! It's certainly bold to keep reworking what was an already very impressive spectacle when we caught it in Brixton earlier this year but props to the boys for always expanding their horizons and getting properly ambitious about their music. Well done everyone, basically.

The 1975 continue across the US before arriving home for a UK and European arena tour at the end of the year.

Are you hyped for the new shows? Let us know below.