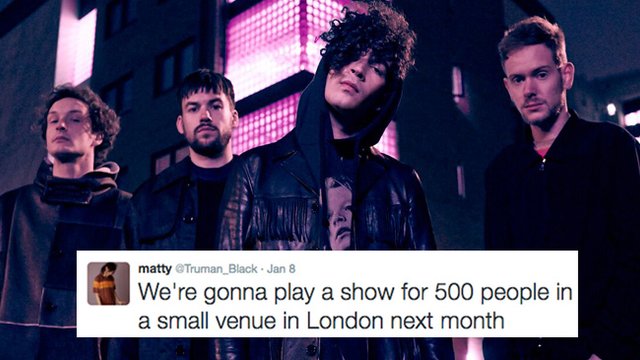 Matty Healy and co. join the likes of Craig David and Basement Jaxx in a series of very special London shows...

The 1975 are among the HUGE list of artists playing tiny shows across London next month in aid of the charity War Child.

Taking place in London between February 14 and 24 in the lead up to the BRIT Awards, the War Child BRITs Week gives fans the opportunity to see the biggest names in music in intimate venues across London – all whilst raising money for children whose lives have been torn apart by war.

The 1975 lead the lineup with a show for just 500 people at the The Dome venue in Tufnell Park, having previously hinted at an upcoming tiny gig via their Twitter feed. 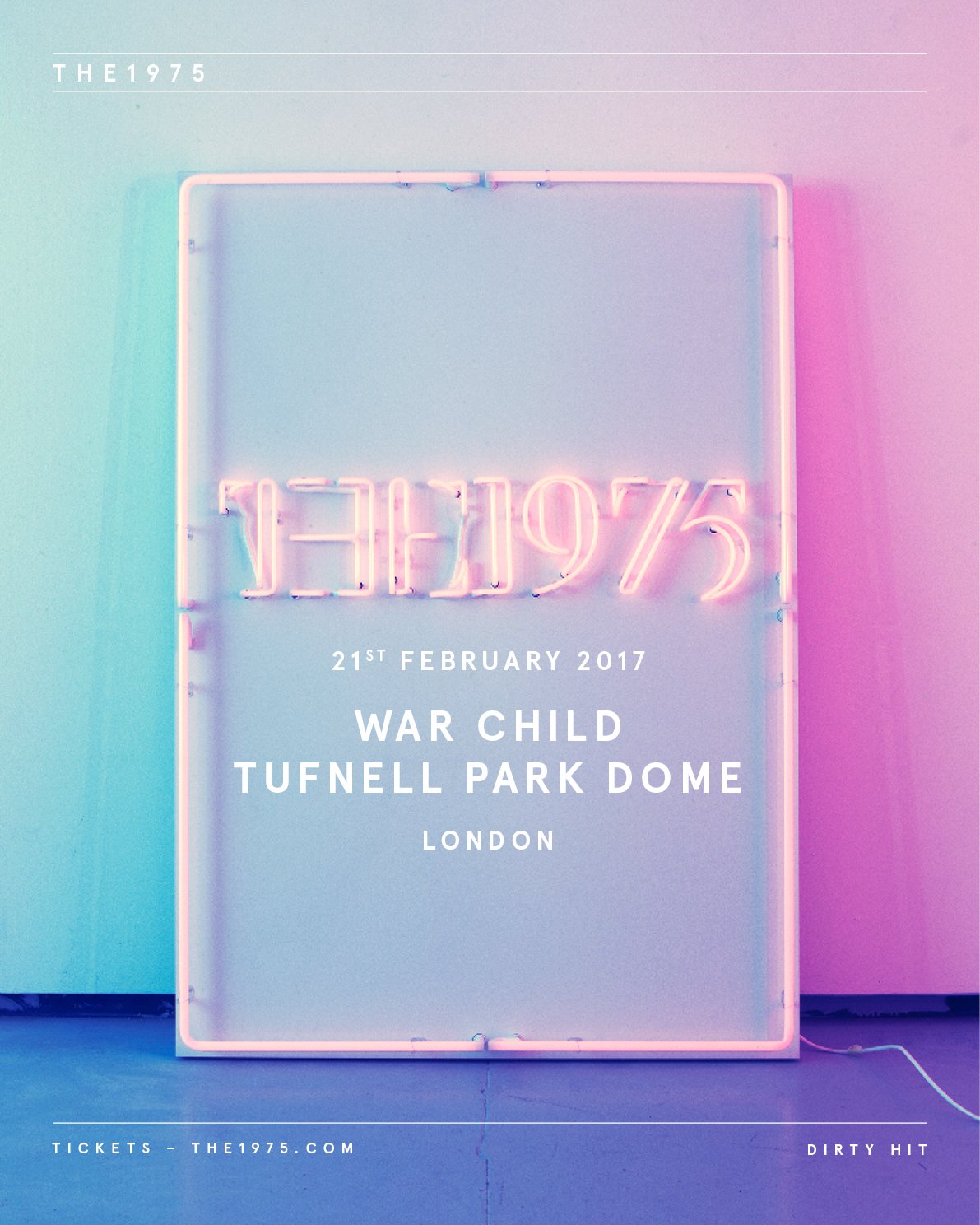 So, you get to see The 1975 and support a great cause in the process? Sign us up!

In 2016 War Child raised a record breaking £564,768 by staging spectacular shows together with O2 as part of BRITs Week. The money helps fund War Child’s vital work delivering solutions protecting and educating children in some of the world’s worst conflict areas, such as Afghanistan, Jordan, Iraq, Central African Republic and Democratic Republic of Congo.

So, want to see your fave bands in a room the size of a shoebox?

Of course you do! Here's how you get tickets...

The prize draw for entry opens at 9:00am on Friday 20 January and closes a week prior to each show. To enter the prize draw to win tickets to see the artist of their choice music fans can make a £5 donation at www.britsweekwarchild.co.uk. To maximise the chance of winning, fans can enter as many times as they like. There will also be a limited number of tickets for sale from the same date.

A limited number of tickets for some of the shows will be available to buy exclusively to O2 customers via PriorityTickets from 9am Wednesday 18th January.

Check out the full lineup of War Child BRITs Week shows below: