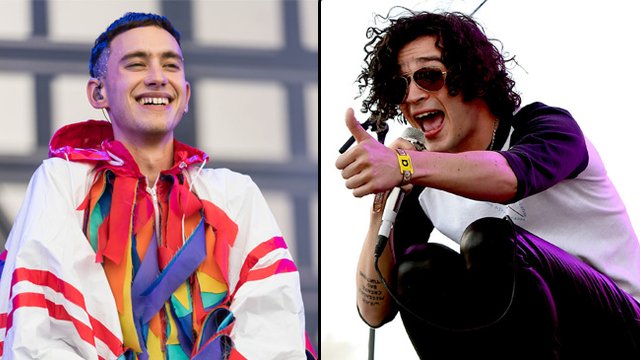 We always love a good mash-up and one clever YouTube user has finally put together two of our absolute fave artists - The 1975 and Years & Years.

Kind of an appropriately named duo really when you think about it...

Inanimate Mashups have posted the track which combines 'Shine' and 'Robbers' to create the aptly titled 'Shining Robbers'. The channel has also unveiled plans to release a full album of The 1975-themed mashups on February 18th.

Listen to 'Shining Robbers' below:

Bit of a banger really innit?

The two bands have previously expressed their admiration for one another, finally meeting up at a festival last summer after months of Twitter exchanges between frontmen Olly and Matty.

Olly later took us through their first meeting when we caught up with him at the Capital FM Summertime Ball in June.

When are we gonna get a real-life collab tho boys?

Years & Years are currently recording their second album. The 1975 will return to the UK to perform at the Brit Awards later this month.