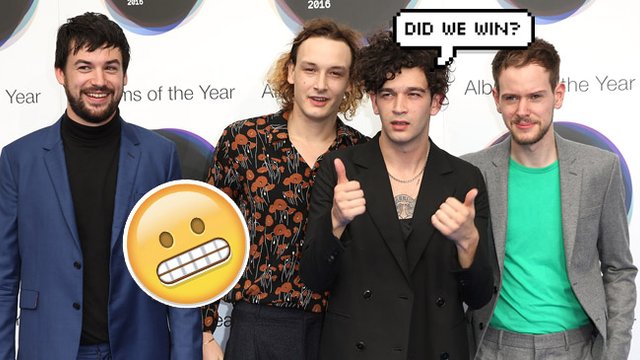 It was a good box, it deserved better...

The 59th Annual Grammys are hours away from officially starting at the Staples Center in Los Angeles and a majority of the 2017 Grammy winners are already being announced during a pre-telecast ceremony, and it's bad news for The 1975.

As we previously reported, despite hitting the no. 1 spot on it's release last February and earning rave reviews across the board, The 1975's second album, I Like It When You Sleep, for You Are So Beautiful Yet So Aware of It, was only nominated for one prize, and it wasn't even a good one.

The band's only nomination was for "Best Boxed Or Special Limited Edition Package", which has became affectionately known as the "Best Box" category in the PB office. Unfortunately, the band have lost that prize to an Edith Piaf greatest hits collection. Let's hope the judges don't live to regret that one.

No word yet from the band about the lose but we're not sure Matty and the boys won't be too disheartened with the lose. In an interview back in January, Matty spoke about the nomination and the text he exchanged with George Daniel, the 1975’s drummer and producer. "George is kicking off about the Grammys," he said. The nominations had come out that morning. "I don't want a Grammy for a fucking box," Healy added, with a sardonic laugh.

It just wasn't meant to be this year but we'll see what happened after album number three comes out. *twiddles thumbs until new record is released*