WATCH: We Went To The 1975’s Tiny London Show & Here's What Happened 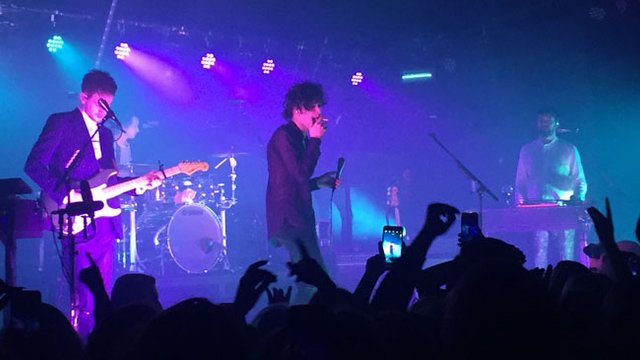 We head down the front for Matty and co's smallest show in years in support of War Child.

The 1975 took to the stage last night (February 21st) at the tiny, 500 capacity The Dome venue in London's Tufnel Park in support of the charity Warchild.

And, lucky for you, we managed to grab a place down the front to capture all the action. And, after a rather lovely speech from Dan from Warchild and a crowd singalong to The Japanese House over the PA, we were treated to the sight of Matty up close and personal. 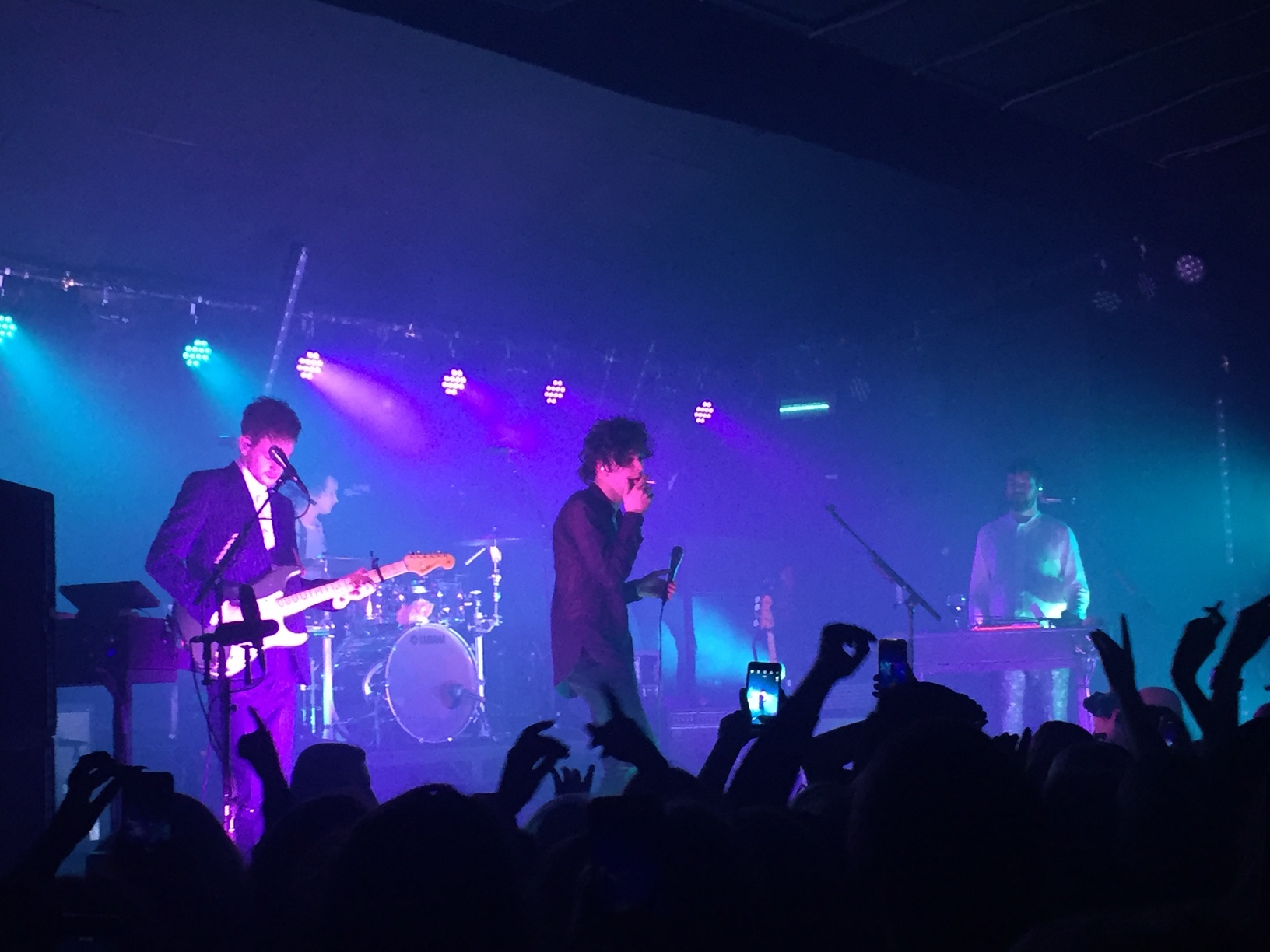 So, if you weren't able to get a ticket, here is everything that went down when The 1975 played their tiniest show in years.

2) The girl in front of us is so excited she's jumped up on her mate's shoulders. It's very sweet if a little annoying.

3) Oh and now the bloke next to her is doing it too - this is like a mini festival in here.

4) Matty grabs a rose from a girl in the front row and waves it around like a modern day Morrissey with better hair.

5) He also reveals his taste in memes.

.@trumanblack onstage @the1975 #BRITsWeek2017: I got a tweet today that made me laugh. It said 'if you don't play Robbers, cash me outside'

6) The girl is up on the shoulders again. Honestly, it's just annoying now. We're only 5'8", please don't block our view.

7) The whole venue turns rainbow coloured as the light show kicks in for 'Loving Someone'.

9) Someone in the front row is telling Matty how she got engaged in Paris to the song 'Me'. Probably should have done it to the song 'Paris' but, hey, that's just our opinion.

10) He then segues into 'Somebody Else' with this cheeky little intro.

.@Truman_Black @the1975 #BRITsWeek2017: 'congrats on your marriage, give em a round of applause! This one's about a devastating break-up'

11) Have to restrain the woman next to us from chucking her plastic pint glass at the girl in front who is, you guessed it, up on the shoulders again.

.@Truman_Black @the1975 #BRITsWeek2017: 'I don't wanna be sentimental but the only reason we're nominated for a Brit is 'cos of you guys'

13) Matty throws 'Paris' into the setlist on a whim. No proposals take place as far as we can see.

16) Oh my god, the girl on the shoulders is now taking a selfie too. We are now physically restraining the people around us just so it doesn't kick off. The '17' line in 'Girls' is taking on a whole new level of irony.

17) Matty does his "ooh that's a really good saxophone solo" face during 'If I Believe You' and it somehow doesn't put off the bloke playing it.

18) This bombshell gets dropped.

19) People in the crowd are shouting "thank you" at random intervals. It's that kind of night.

20) One last bounce before hometime.

21) Overhear two girls summing up the night as they hit the tube station: "Honestly...holy sh*t". They are pretty dead on.

The 1975 have also just released a new single, a cover of Sade's 'By Your Side', which you can grab here.

The show and single are in support of War Child, a charity that strives to help young people who's lives are torn apart by war. By signing up via WOTF to give just £10 a month you can join the movement to experience exclusive access to unique experiences. From gig tickets and festival access to cinema and sporting gifts – War Child has curated an unmissable line-up in entertainment from music, sports and film. Get more info at www.wotf.org.uk.